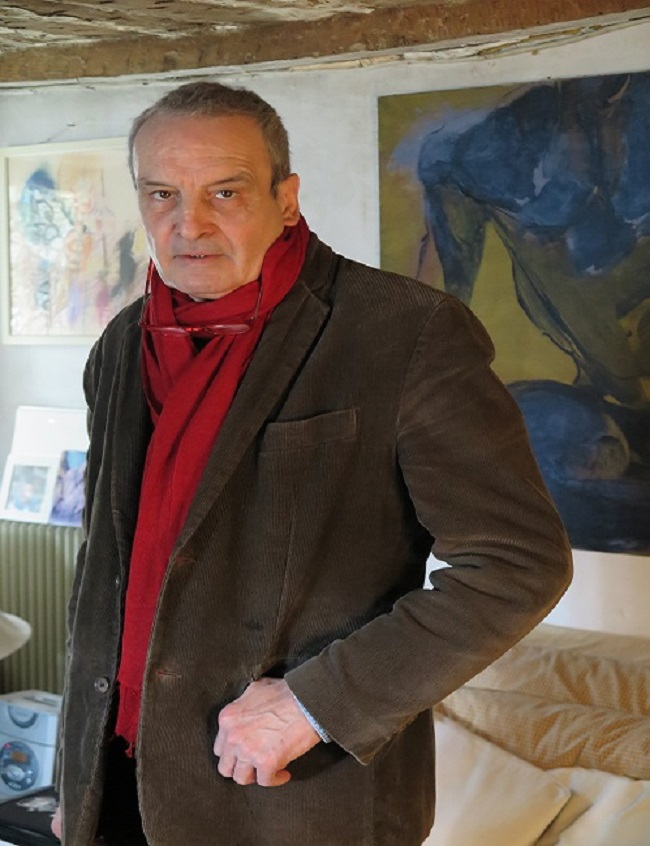 Why do you think France is doing so well in the animation industry?

Because we have the best schools. That’s where the “French touch” comes from. Before the year 2000 we had very few directors and creators and made perhaps two or three [animation] movies a year. Now we have double that number. [This was due to] the rise in quality of schools and the growing wish of authors to do animation, discovering it was a great way of expression.

Is it true that money coming out of Hollywood ends up being spent on French expertise?

Yes, it’s true! But only a few American companies do that. They have a lot of French guys working for them in California – but they don’t hire screen writers. They have their own teams of writers. We don’t work the same way here, it’s more old-fashioned in France: one writer, one director. And the director most of the time is a good writer also.

And also most of the time artists like [Les Minions director] Pierre [Coffin] can write and draw as well – the complete artist. In America they can exhaust eight or 10 writers before they finish a script – not only for animation but for all types of movies.

Where do you see the French animation industry going between now and 2025?

It’s very hard for me to talk about that. I see hell coming, not only in animation but all over all the world, generally.

Just the water coming up in the seas, pollution, when you see the pollution in China… [but] they do animation there also, they have very good sales!

Speaking of foreign countries and animation, how do you see the future in that respect?

Most of the American long animation pictures are always the same kind of cartoon and animation, it’s always comedy. That’s why things like Les Minions have so much success – because the artistic part that was in those directors was so different from what anybody had seen before. That can work and be a very big success.

If on the other hand you keep doing the same thing – you can get tired of Shrek, even with the best screenwriters. You [need to have] the sense of something new and different. I hope animation keeps going as it is – a good mixture of art and industry.

What about other countries?

There is a big association between [South] Korean graphic art and France. I went to Korea two times for an animation festival, I was invited for Snowpiercer – a series of comic books I wrote. So you have a Korean movie based on a French series, and now they are going to make an American series. All that came from the idea of a French writer – Jacques Lob, a good friend of mine who died in the 1990s. He was my teacher in screenwriting.

You have been involved in this business for many years – do you think the internet has helped to encourage this multinational sharing of ideas?

I don’t know. The problem with animation is that there are always long delays. On the internet you have very funny animation done by graphic artists – but it takes a very long time to make a short, even two minutes of animation. We are talking 25 drawings per second. Any kind of animation you use, stop-motion or whatever, it’s time-consuming. I hope it’s going to become more international. You can discover different countries.

So tell us more about international collaborations you have been involved in...

I recently finished one story, a long animation feature. The story is set in Russia and France in the 17th century. It’s an action adventure comedy, very nice. I am also beginning to work with an Algerian [company] on a long-feature animation.

It sounds like an unpredictable life, writing for movies – you need so many other people to get things done...

You write the screenplay but you don’t know if that will really become a movie, it depends on so many other people. In France we have a very good  system of help from the CNC – they give you money to help you write, they help producers to produce, they have support for new technologies where they can give you money to make a pilot for your animation movie or series. That’s very helpful, every country should have something like that. It really helps – I never stop thanking those people!

How does it work for writers and other animation artists?

The CNC is a very good invention and every country should have such a thing that helps creators to live, to eat.

Without that there would be nothing in France, not only animation but in terms of all cinema. They have the same system in Quebec and Belgium. Now there are other countries in Europe working not with the same system but they have joined the SACD.

So now a load of animation series and movies that I wrote have been broadcast in Czechoslovakia [sic], Italy, Spain and Poland. I get a little money  – not much but a little! Last month a French movie I wrote 10 years ago got broadcast in Poland. I got €20 – that’s nothing but it [shows that the system] works.

Sometimes it’s more. I wrote three episodes for a French series about Zorro. I’m waiting now to get my money from the SACD  – it’s not going to be much but it’s going to be maybe €1,000 that falls from the sky – phew!

And then from Belgium I’m going to get the same money – that’s how it works. It’s a very, very good system. That’s why animation movies are doing so well, because everything runs perfectly and is supported by a great system.

So how does a young animator get their work exposed?

Canal + and RT are probably the most fail-proof in terms of exposure. And France 3 has the most series, although not really animation. They devote a certain amount of coverage [to new talent], that’s the idea.

What are you working on at the moment?

The English version of Avril et le Monde Truqué, which has been nominated for a César [French national film award]. I wrote it and it was directed by Franck Ekinci and Christian Desmares.