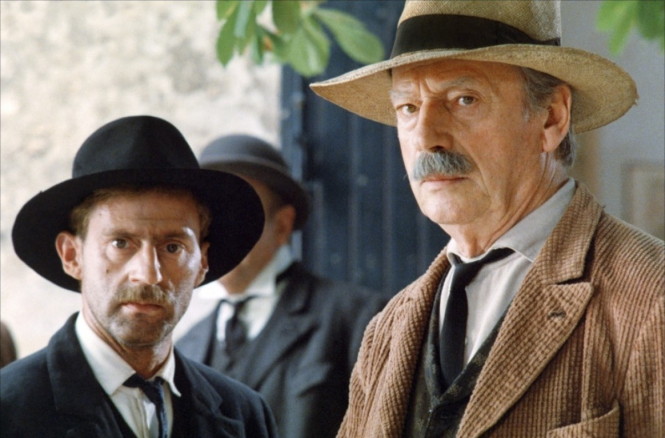 YVES Montand was someone who had a real impact on the French public – why was this?

Both Montand and Signoret, as a couple, left their mark on their era, both for artistic talent for acting and singing but also for their commitment to political and social affairs. They set an example in the French society of their time.

How did you meet him – was it for Compartiment Tueurs [The Sleeping Car Murders – Costa-Gavras’ first film, a 1965 murder mystery]?

I met him before that. I had been working [as assistant director] with director René Clément in Le jour et l’heure, starring Simone Signoret – looking after Simone, her filming problems, her schedule etc. I went to her house several times, and that’s how I met Montand.
They invited me to spend a weekend in the country with them and we struck up a pretty friendly relationship.

Did you have the impression straight away that you shared similar values?

No, I was a lot [12 years] younger and they always used to take an interest in young people involved in the film industry. But it’s true that in the end we were pretty close in our ideas and influences – and I learned a lot through knowing them.

After that, he acted in Compartiment Tueurs then went on to perform in some of your other more serious, political films, such as Z [about the right-wing military dictatorship in Greece]?

Did his political values play a part in him wanting roles in such films?

Certainly, I think it played an important role in him accepting the parts. Especially in L’Aveu, which he felt very personally concerned by.
At one time he had been very close to the Com­munist Party – partly because at the time it had progressive views opposing the bomb and the Cold War.
He supported them when they organised strikes and protests. At the time Russia didn’t have the bomb; once it did, things changed a lot.
However, Montand used to do films that he liked, not necessarily only politically-themed ones.
He did some political ones with me, also with Godard and others, but for example he did films in America with Barbara Streisand and Marilyn Monroe… which weren’t political but were great shows.

Yes, he saw the reality of it. And there were also certain events, like in Hungary when Soviet tanks moved into Bucharest. And also events in Prague… which caused Montand to distance himself from the communists.

But his political views remained left-wing?

Yes, but it was about social issues – improving people’s lives, notably for the working class, who had difficult lives. Against poverty and against war – in Algeria, Indochina, later Vietnam… It wasn’t about revolution, it was reactions to the events happening day by day in the world.

Did his own modest origins play a role?

No doubt. Montand was from an Italian family who had fled Mussolini’s fascism and moved to Marseille.
They didn’t have money for him to study and he started as a trainee hairdresser – until one day he sang in a contest, and people discovered that
he had a great voice and exceptional grace on stage, with a lot of charm and charisma. So he quickly became a popular singer in France in the post-war years, and for the rest of his life.

And then he went into acting… But he was also known as someone with political commitments, who liked to express his views?
He did interviews and also during shows he would say openly what he was thinking about, about French society and politics – to the extent that at one point around 20% of the population wanted him to become president.
But neither he nor Simone would speak about politics in a fanatical way. He was precise and rational in his analysis. Simone too. You have to see the two of them as a couple because they were very close. You can’t separate him from her.

He was known for straight-talking?

Yes, he had a total freedom in the way he spoke and behaved.

What else especially struck you about him?

One thing that really struck me, whether it was in the cinema or in his stage shows – and I accompanied him several times on his singing tours – was that he prepared everything with extraordinary thoroughness.

The music and lyrics, of course, but also his movements on stage, which were as precise as the musical score, and which in turn gave him total freedom on stage to express his charisma to the audience – and it really worked.
He had a lot of fans.
You couldn’t go out in the street with him without several people coming up asking for autographs.

Do you think he influenced French politics?

He must have influenced the public a lot; politicians not so much.
They saw him as an enemy because he was very critical of politicians, on both right and left. For example I think he opened a lot of people’s eyes who had had a blind faith in the Communist Party.
His criticisms of them were very important, I think.

Would he have made a good president?

We used to have a good laugh about that – he and I and also our friend the writer Jorge Semprún. We used to say he should write a screenplay about Montand as president.
But I don’t think it’s something he [Montand] thought about seriously.
He would have been different, at least. But Mitterrand came along just afterwards and he was a very good president, so it’s a good thing we didn’t have Montand instead of him.

If he was standing today what would he have campaigned on?

Apart from that I’m sure he would take a very critical stance on various issues – though I’m not sure which ones. He didn’t criticise for the sake of it, but was always very much against things he saw as negative.
When you look at France today we don’t see performers of such stature, which is a shame. In France we like people who say what they think, who speak out, who say the right thing – and not for selfish reasons, not because it’s going to make them money.

That’s a noble position to take.