Cookie Consent by FreePrivacyPolicy.com What does it take to be a Routard guide researcher? French News and Views in English | The Connexion
15 may 2021
Classifieds Currency exchange Newsletter
Login Register BASKET
Facebook Twitter

What does it take to be a Routard guide researcher? 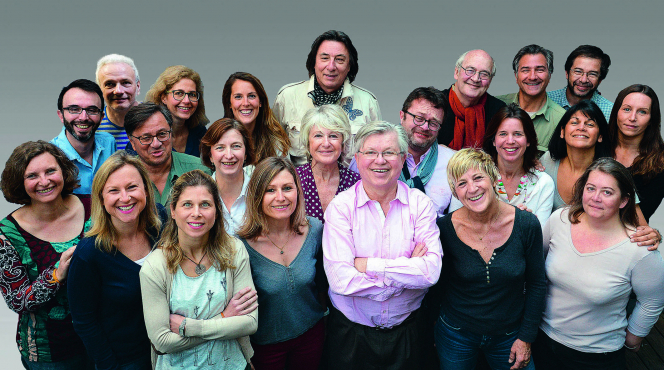 The team of researchers for Routard. Gavin's Clemente Ruiz is in a blue shirt, with a beard, to the left.

If you love travelling, working as a researcher for the prestigious Routard guides has to be a dream job. There are guides to more than 260 destinations and for each one, researchers make two to four visits a year to ensure it is kept up to date.

Gavin’s Clemente-Ruiz is the development director in charge of this 50-strong team of researchers, known as pigistes. Unsurprisingly, he is not the kind of manager who is content to stay behind in the office. He is soon off to Lisbon and Shanghai and he says he travels all the time.

How did you become a pigiste?
This was my first job after my studies in literature at an Ecole Normale. I started in 1998 when I was 21. I liked travelling but above all I liked the idea of creating a book and I contacted Routard’s founder, Philippe Gloaguen. He liked my work and took me on and I’ve been here ever since.

The great thing is that there is no specific training to work at Routard’s, but you have to be the right kind of person.

You need to be able to write, you need to have a great deal of intuition and flair and you have to have lots of ideas when you are working in the field. We have people who have been journalists, archaeologists, historians. There are many different profiles.

Every year we receive 10,000 letters, sometimes with CVs and occasionally we pick someone out from there.

You are trained once you are at Routards, but there is no typical route to get here. It is very convivial because we are a team of people with all sorts of different backgrounds.

Do your researchers visit every establishment and every site mentioned in the guides?
Yes, most definitely. For example we visit all the hotels. We don’t always stay the night but we use the right of the consumer to look at the bedrooms.

There we check for dust behind the television, look at the state of the carpet, lie down on the bed.

Do you go incognito?
Yes, of course and no-one ever suspects us. We learn to merge in with the masses. I invent lots of different personalities for myself to give a plausible reason why I am there. I have lots of imagination and you need to be inventive. But we’re not spies, so it wouldn’t be the end of the world if we were found out.

What has been one of your best moments?
What I love, above all, is meeting different people. I will always remember the woman I met in Madagascar, who wanted to know what snow looked like.

I told her it was like the ice in her freezer. But she said she didn’t have a freezer. So I had to find a way to describe the cold to someone who had never experienced it and that was a fascinating moment.

What are the worst moments?
The worst is when you have aching feet, but that means you have done a good job, because you have to walk miles when you want to really cover a city and the country you are describing.

Is it difficult to be critical?
We never have to write about the bad places because we simply do not include them in our guide. We only write about the places we recommend.

What are your favourite countries?
I love Madagascar, Bali, Argentina, Lisbon and Portugal. But wherever I go I always find something that pleases me.

Do you need to be a linguist to travel to all these countries?
No, surprisingly not. I speak French, of course, and a bit of English and some Spanish. But I am very good at speaking with my hands.

I always learn the basic phrases so that I can say ‘Hello’, ‘Goodbye’, ‘Please’, and ‘Thank you’, but it is amazing how well you can communicate even when you don’t have the language.

It seems that there really is a universal way for humans to communicate with each other.

Is your job a never-ending holiday?
No, it is a job and we are not often by the sea, relaxing on sun loungers. But the great thing is that the world is my office and that is a marvellous thing. I like to work to make other people’s holidays better. It is a wonderful job and I love meeting so many different people all the time: some of whom I keep in contact with for years afterwards.

What do you do for your holidays?
I stay at home and enjoy the company of my family and friends. I have children now, so I enjoy telling them about all the different countries and places I’ve been to.

About Routard Guides
Routard Guides were founded in 1973 by Philippe Gloaguen in the style of the American backpackers guides after he came back from a long trip around the world. On the road, he wrote the first guide which contained 22 countries. It was refused by 19 publishing houses but in 1975 Hachette decided to take on the guide.

It gradually became more and more popular and 8 out of 10 people in France say they read the Routard guide. There are now applications available for iPhone and iPad and a website www.routard.com, which has 2.5million visitors a month.

The Routard symbol remains the same – a walking man, with the world as his back pack.

Routard: not to be confused with Les Routiers...
They may sound similar but Les Routards Guides and the red and blue Les Routiers plaques that you spot on roadside eateries in France are unrelated.

Les Routiers was the brainchild of journalist François, Vicomte de Saulieu de La Chomonerie who, in 1934, did a story on the life of truckers in France. He then wanted to create something for lorry drivers to read during their breaks at restaurants or cafés – thus their little newspaper Les Relais Routiers was born.

A natural progression was for places that the newspaper recommended readers eat or stay in to bear their red and blue logo. By 1937, the writer (and later lorry driver union leader) published The Easy Road, the first pocket-sized guide of the ‘Road Relay’ chain, which listed its members. Each year a new edition was published and by 1939 France had 2,000 ‘Road Relay’ places.

In 2014, the Guide des Relais Routiers celebrated its 80th anniversary, with a print run of 15,000 copies, and the red and blue badge is still a respected guarantee of quality for tourists and travellers.

Although establishments must pay a fee to be included, they risk exclusion if they do not respect the rules imposed by the Chain, namely “good reception, irreproachable quality and related prices”.
www.relais-routiers.com