Cookie Consent by FreePrivacyPolicy.com When is a cake not a cake? When it's a work of art French News and Views in English | The Connexion
15 may 2021
Classifieds Currency exchange Newsletter
Login Register BASKET
Facebook Twitter

When is a cake not a cake? When it's a work of art 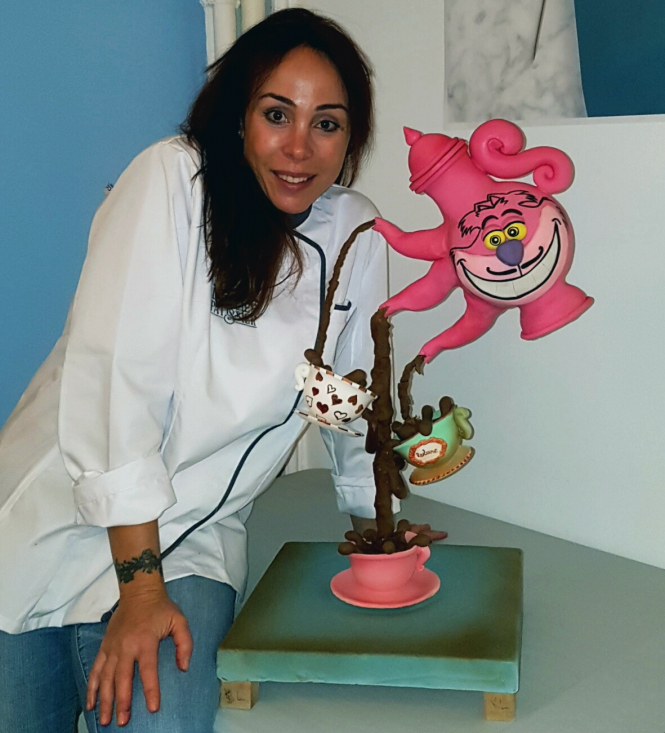 France may long have enjoyed world renown for refined pâtisserie but it lags behind other countries when it comes to cake design. In turn, cake designers from abroad are justly praised for their skill and inventiveness, but all too often the cakes beneath the design are unappetising.

In Monaco, Katia Lteif Ward is determinedly marrying her excellent baking skills with artistic flair, to create treats that are at once ingenious and delicious.

To achieve all of this, the training is necessarily eclectic: Katia Lteif Ward travels around Europe to learn the different skills involved, often enrolling on courses that have nothing to do with baking. Clients will ask for almost anything, from life-size footballs, to bouquets of roses, as well as the more common Disney princesses. Sometimes it is difficult to spot that the result is in fact edible, as is the case with Ms Lteif Ward’s Christmas baubles, which from a distance look as if they might be made from glass.

So much for the design, the secret to the refined flavours and textures of the cakes lie in Katia Lteif Ward’s Lebanese heritage. She uses tastes remembered from her childhood, and ingredients which she brings back from visits to her family, or persuades her mother to carry in her suitcase.

For Christmas, her best-selling bûche was based on the Lebanese panna cotta on which she was raised, and many of her recipes involve the delicate aromas of orange flower water, “which has nothing in common with the chemical version you can buy in France”, or salep. “These are flavours that are normal to me, but my customers are enchanted by them,” Ms Lteif Ward says.

For someone who regularly receives commissions from the likes of Villa Rothschild, Katia Lteif Ward has not long been in business. Back in 2011, when she first arrived in the Principality, she was a banker whose ambitions lay far away from the kitchen. “At that stage I did not know how to cook an egg. The oven was a mystery to me. I had absolutely no cooking experience whatsoever”, she said.

When a job running a Monaco branch of Bank Audi folded after a year, a kitchen-based role was not, perhaps, the obvious choice. However, Ms Lteif Ward wanted to return to the creative arts, which had been her youthful passion. “I had studied the piano for 15 years,” she said, “and had always loved art, but ended up going for the practical option of a career in banking”. Having met “the love of my life” in 2012, she was also keen to take some remedial cookery lessons, and it was when searching for cookery schools that she discovered that she could train as a pâtissier in nearby Menton, which in turn sparked the idea of cake design. “I went for it! Here was a job that involved both cooking and creativity,” she said.

For a nation that takes its pâtisserie so seriously, it is no surprise that training for the profession is rigorous and long. “Usually they say it takes 14 or so years to become a proper pâtissier, but my course was ambitious in training us up in a year”. Inevitably, her string of Lebanese qualifications counted for very little, and she had to re-sit her baccalaureate in all subjects, eventually obtaining an average score of 17.5.

Living in Monaco proved to be an advantage when it came finding work experience, and Ms Lteif Ward was lucky enough to have the twice-weekly practical training required by her course with Joël Robuchon in the Metropole Hotel. “When I first arrived, I had my head permanently stuck inside the fridge door, picking out exquisite little titbits to taste,” she said. “Now that I have been working on cakes for a while, I find I no longer have any appetite for them, but at the start, Robuchon was a sort of paradise.”

After her training came a period during which she experimented on everyone around her until, finally, in October 2015, she was ready to launch her own business. This she runs from a workshop kitchen at home, though she longs for a shop window in which to display her wares.

As well as space, Katia Lteif Ward needs time, for cake design is not a craft to be rushed, and a single cake can take several days to complete. “The most complicated design I have done so far was a commission from a footballer’s wife for a cake topped with a top hat at a jaunty angle. I lost a lot of sleep over the angle of that hat. Fortunately, my husband is an engineer, so he was able to help me work out how it could be done”.

Ms Lteif Ward has great hopes for her business. “Monaco is full of great customers,” she said. “Many of them have fortunes, but they are also absolutely adorable, and let me give free rein to my creativity”.