Cookie Consent by FreePrivacyPolicy.com "With France I have come up trumps” French News and Views in English | The Connexion
14 may 2021
Classifieds Currency exchange Newsletter
Login Register BASKET
Facebook Twitter

"With France I have come up trumps” 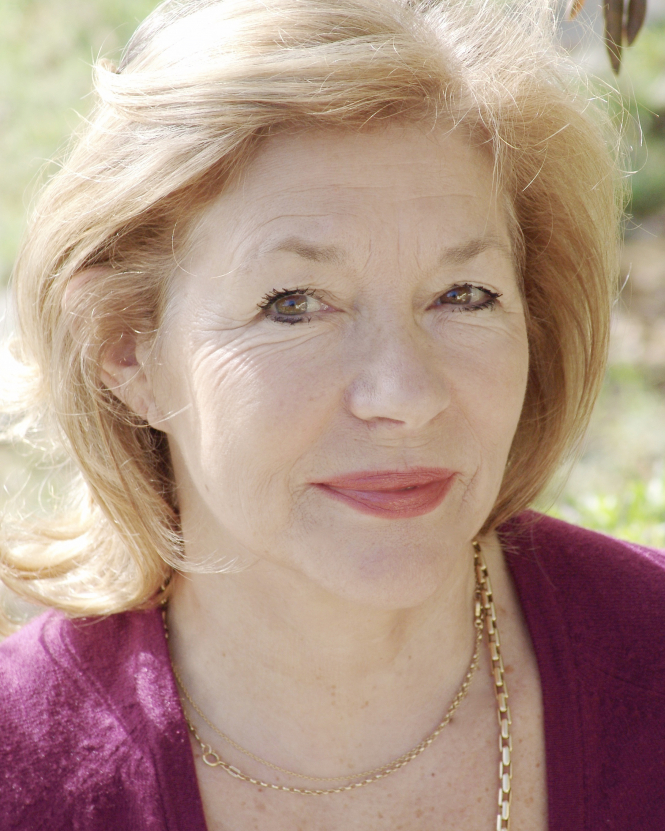 Carol Drinkwater is best known as the actress who played Mrs Herriot in the television adaptation of the James Herriot books All Creatures Great and Small, but she is also a prolific writer with 26 books to her name. These are both fiction and non-fiction including memoirs set on her olive farm in the south of France. Aged 69, she is still writing.

Her latest book, The Lost Girl, published by Penguin and set in France, draws on two contemporary themes; the November 2015 terror attacks in Paris and sex attacks in the film industry. She is married to French TV producer, Michel Noll.

Q: When and why did you come to France?

I came to France about 30 years ago. I met a Frenchman in Australia, and he asked me to marry him. He invited me to the Cannes Film Festival and while he was busy working, I was looking everywhere for my house by the sea.

On his first weekend off we found a dilapidated ruin, which over the years we have done up and that is the olive farm, where all the Olive Farm books I have written are set. Slowly, it became my home.

It was intended at first to be a holiday home, but I just got seduced by the beauty of it and the history of it and the lifestyle and I slowly found myself moving away from England, which I had never liked anyway. I had always intended to go somewhere else, but I did not have a specific place in mind, it sort of chose me, rather than the other way round.

What difference has living in France made to your life?

I do not think there is any way that it has not made a difference. I think that life here is richer in every sense. I like the sun, I like the Mediterranean, I like the sea, so I have all of those, which is a great gift.

It has given me a second language and I think it is very important to have the opportunity to open up to and think in more than one mind-set. With all that is going on in England, I am extremely relieved and pleased that I am not there and I feel grateful for that.

Being in France has opened up the possibility of writing as it has given me masses of material and subject matter.

I have grown to appreciate food, which I didn’t before. I wasn’t a junk food eater but I would eat on the move. I didn’t respect the ritual of, and the shopping of and the growing of. France is unquestionably a great place to live.

Of course, there are one or two things that I would prefer were different over here, but they are minor. I have lived in lots of different countries, but with France I certainly think I have come up trumps.

In The Lost Girl, a mother searches for her missing daughter who was at the Bataclan on the night of the 2015 Paris terror attacks. Did you write this novel because of the attacks?

Yes, I was actually writing something else and I put it aside. I had switched on the television, unusually for me, to watch the news, while preparing dinner. I watched it with my mother, and when it got to the attack on the Bataclan, which was later in the evening, I was crying and my mother said to me; “For every child locked inside the Bataclan, there is a mother outside praying that their child is safe.”

It was just a passing comment at the time, and sadly, two or three months later my mother died in my arms completely unexpectedly. After the night of the attacks I came up to Paris and went to the Bataclan and spent some time there.

I was incredibly moved by what had happened and also by the strength of Paris, the extraordinary comradeship and sense of unity and the queues to give blood at the hospital.

When I started to research the book at the national library in Paris, and I spent weeks there and watched everything they had, I felt as if I had been part of the experience, and the thing that came out of it, more than anything, was the humanity.

For example, I found there was one particular Muslim bodyguard at the concert, who went in and out I don’t know how many times helping people to get out, and that sort of thing is not recorded. When people are one way or the other oppressed, we find how generous they are with each other, and it is the saving grace of humanity and thank God for it. It is important to focus on it.

It is the small stories, which are the big stories in the end, I think.

In the book a young actress is raped by a Hollywood director, who comes to France in the 1940s. You have revealed this scene is based on your own experience, and though you were not raped, you were the subject of sex attacks by director, Elia Kazan over several weeks, and that the experience lost you the chance of a part in a major Hollywood film, The Last Tycoon with Robert de Niro. You say it destroyed you and your chance of working in Hollywood. Why write about it now, several years after the event?

It has taken me all these years. I tried to write about it once before, and I couldn’t, and then with this book it just came out, it just worked. I suppose I had so much pain of my own going on with the loss of my mother, and my sorrow for France. It just felt like it was the moment to tell it.

I wrote it before the #MeToo movement and I am glad, because if it had been afterwards people would just have said I wrote it because of that. I am a great believer in the saying “an idea whose time has come”, sometimes there is something in the air.

It was very painful to write and I cried all the time. I cannot begin to describe what he did, it was so awful. At the time Harold Pinter, the writer and the producer, Sam Spiegel wanted me as first choice for the film.

What was ghastly for me, though, was that Elia Kazan, the director, already had someone in mind for the role and he knew he wasn’t going to give it to me and he destroyed me, he morally and emotionally destroyed me.

It went on for weeks. It was like facing the school bully every day. He said to Sam Spiegel, “I don’t think she’s right for Hollywood and I will prove it to you.” That’s what he did. Funnily enough, in his autobiography, he wrote that he should have chosen that English girl for the part. But, it was too late. Fortunately, I then got All Creatures Great and Small.

Do you think women are treated better by men in France?

There has been quite a voice against the #MeToo group in France, with Catherine Deneuve and other people saying it makes women victims.

I do not agree with her but, I do think that on the whole French women are more able to stand up for themselves and there is a more equal place for women here. And being an older actress here is not such a stigma.