We beat Brexit deadline to move to France 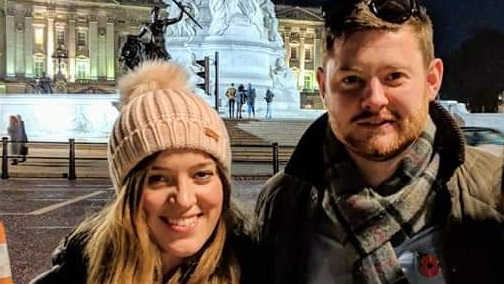 First-time buyers Robert and Jennifer Linden, 26 and 27, had weighed up value for money between an unconverted barn – or a small cottage – in the Yorkshire Dales or a project near Jennifer’s parents and grandparents, who live in the Lot.

They had a maximum budget of £150,000, which is what unconverted barns or a cottage in the Dales would cost. They had ruled out buying a tiny flat with the money in south east England, near to where Jennifer was in the army and Robert worked in building project management and design.

“With my grandparents having moved to France 20 years ago, and having had many happy holidays here, it was natural that we should look to France,” said Jennifer.

“Then the estate agent who sold my mum and dad their house in the Lot got back in touch with them to see if they were interested in buying a barn to convert which had just come on the market, just a couple of kilometres from them.

“It was not something they were interested in but when we looked at it, it was perfect for us.”

The couple negotiated the price down to €30,000 from €39,000 and put conditions on the sale so they could be sure they could get planning permission and financing before completing.

Jennifer’s mother, a former solicitor, pushed them to consider the October 31 deadline and the possible future importance of showing they had established themselves in France before then.

“It took us nearly a year, and the end was a bit of a rush because we wanted to be sure of completing before the October 31 deadline, but we did it with a month to spare,” Jennifer said.

“During that time I fell pregnant, which was not in the original plan, and made us really think about the future.”

She added: “It has worked well in the end. With the baby due in February, it means I will be able to take maximum maternity leave and be in France most of next year, when Robert will be doing the building.

“I will then have to go back into the army for six months to complete my length of service and then will be free to come to France.”

The couple plan to spend €50,000 on the basic conversion and another €10,000 on “fixtures and fittings” like electrical equipment and furniture.

When completed, the barn, which had been used as a winter cow-shed, will be a three bedroom home, with bedrooms on the ground floor and a kitchen and living space upstairs, opening out on to the roof of a wood-cladded extension.

It will be heated mainly with electricity with a back-up wood-burner stove, and it will have gardens of over 600m2 in front and at the back.

They obtained a building loan offer for €50,000 from their local Crédit Agricole bank with options of paying back in 10 or 15 years.

Robert drew up the plans for the conversion, giving a 160m2 home  and a schedule for its completion himself.

However because the plans are over the 150m2 cut off for DIY plans, they had to involve a local architect.

“She checked everything and was also very helpful with showing us the environmental views we needed and also on the rules and regulations for electricity and water connections,” said Jennifer.

“It was very interesting for Robert because he could see and understand the different approaches in France compared to the same sort of job he does in the UK.”

If all goes to plan the building work should be completed in 18 months when Jennifer will be out of the army.

Robert will be doing most of the construction work and hopes to use his experience to set himself up as a project manager in France afterwards, while Jennifer is planning to work as a business analyst in France, hopefully from home.

The couple will stay with Jennifer’s parents until they can move in.

“We plan to film our project and put it on the web, showing how we do things and hopefully helping others,” said Jennifer.

“Everyone we have dealt with in France has been incredibly friendly and helpful which is wonderful and has helped us think we have made the right choice.”

G’day Sheila could have been b’jour Bruce
16 August 2019
More from Interviews
More from Connexion
Get news, views and information from France
Join the newsletter
Subscribe to The Connexion