Meet the ex-homeless man who is now housing others 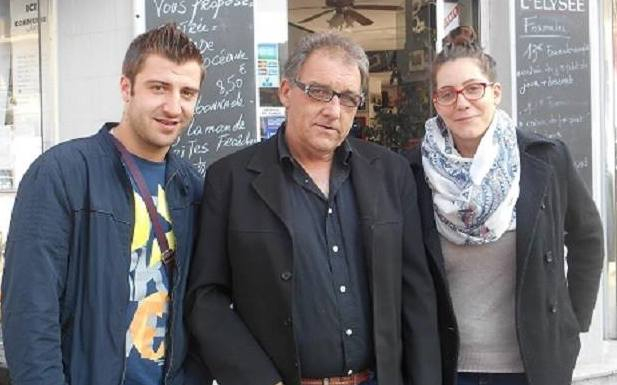 A former homeless man in Lille has turned his life round since managing to get a roof over his head and is now helping others to do the same with considerable success - in the last five years he has helped 260 people get a home.

Gilbert Pinteau found himself in the same trap as many homeless people: he had to have a home to get a home as council housing is offered first to those in private-sector rented accommodation. It took years, but he managed and once he did so he set up the Collectif des SDF de Lille to help others.

Mr Pinteau said: “I became SDF (sans domicile fixe or ‘no fixed abode’) in 2006, after a difficult divorce, and I found no official help, especially for homeless single men.

“I went through the small-ads website Le Bon Coin and phoned just about every flat and studio advertised to rent. House an SDF? Most people rejected the idea out of hand.”

It was not that he lacked money, he had disability and minimal income benefits and one welfare benefit guarantees owners their rent will be paid.

However, he persisted and eventually a landlord agreed to take him on. Then, once he had an address, Mr Pinteau applied for council housing.

In 2011 he set up the Collectif with two others he met at the Salvation Army and so far they have housed 260 people in Lille and five more in Mar­seille, where another group was set up.

The problem is that Lille’s waiting list is 13 months and low-income households in private-sector rented accommodation are often housed ahead of homeless people, who are labelled as 'not ready' for housing.

Dominique Calonne is one of those who found a home in Lille with the Collectif’s help, and is now a volunteer.

He said: “People become homeless for all sorts of reasons. Divorce, being unable to pay the rent, young people falling out with parents. There are even working people who can’t afford rent.

“It’s worse for single people with no children as they get less benefits and help – people with kids take priority.”

Mr Calonne said: “There just isn’t enough low-cost housing, and the rents are too expensive. We need legislation to bring rents down. And the social services have to intervene much more quickly, before people are evicted, not just when they end up on the streets.”

The Collectif ensures homeless people claim all the benefits they can, and checks their eligibility for the Fonds de Solidarité pour le Logement (FSL) scheme, guaranteeing their rent will be paid. Once owners know the rent is secure they are more easily persuaded to accept homeless people as tenants.

Its reputation in Lille is growing – so far not one person has failed to pay rent. Mr Pinteau said: “We accompany people every step of the way, we’re in touch all the time for six months.

“Getting accommodation in the private sector is just the first step to council housing. But we say that only once people are housed can they tackle other problems. We don’t ask if people are ready. We house SDFs without discrimination or question. If someone doesn’t have housing, we’ll help them get it.”

Mr Calonne said: “It’s been so successful here, we want to open collectives in other cities but it costs money. You have to pay for phones, internet, all that.

“Here in Lille we’re housed by the Salvation Army – but otherwise we’d be on the street because we have no funding at all, other than donations.”

Councils have been slow with cash aid: “We don’t get a penny, as we’re a bit of an embarrassment. We’re better at housing SDFs than social workers, as they don’t make much effort, not the same as we do. They will not care personally if they don’t house people.”

Mr Pinteau says the situation is getting worse: “More people are on the street because they’re cutting benefits, there isn’t enough low-cost housing.

“We do what we can. We try to find housing and in the meantime we raise money and give out sleeping bags, tents, warm clothes and milk. Just so people aren’t completely alone.”