Where will you find the best weather in France? 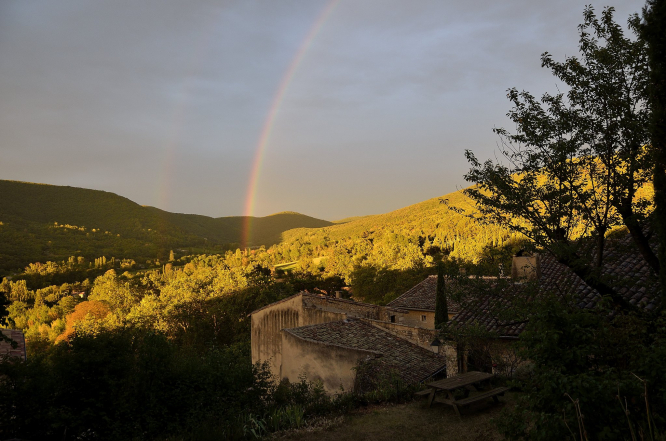 Due to its size, location and changing landscape, France is something of a weather smorgasbord.

Climate scientists can detect up to 12 specific differences depending on whether you live - for example - in northwest coastal areas, low-lying mountain regions, high peaks, along the Mediterranean coast, in the Massif Central or in the relatively flat areas to the west. Briefly, these scientific nuances mean that all of France enjoys and endures all kinds of weather conditions, making the question almost impossible to answer.

To make matters yet more interesting, some areas have their own micro-climate thanks to the peculiarity of their location: for example, coastal La Rochelle enjoys more sunshine during the year than some parts of the Côte d’Azur, though summer temperatures are generally milder. Meanwhile, residents in the Alpes-Maritimes will happily boast that they can ski in the morning and swim in a pleasant sea in the afternoon.

Heatwaves and cold spells are common due to France's geographical location. Recent summers, for example, have seen temperatures as far north as Paris reach 40C. The highest temperature ever recorded in the country is 46°C (114.8°F), on June 28, 2019, in Herault. The lowest temperature on record is -23.2°C (-9.8°F), on January 2, 1971, in Strasbourg.

Broadly speaking, the weather in France tends to follow these patterns.

In the north, where much of the land is low-lying, northwestern areas in particular are affected by weather from the Atlantic. Northern areas of France have similar weather patterns to those of southeast England. Summers are warm, but generally not too hot, winters are relatively mild and rain is common.

For more sun, look south. The south of France enjoys a Mediterranean climate, with mild winters and hot summers most of the way. The southwest, too, is warmer - with summer temperatures regularly in the high 30s. But it's not wall-to-wall sunshine. Rain is quite common, especially around the Pyrénées and Cévennes, where seasonal thunderstorms can strike suddenly.

In central and eastern France, winters tend to be cold. High-altitude areas of the Jura, the Alps and the Massif Central experience long, cold and snowy winter weather. Rainfall is lower here than in many other areas, though summer storms are common. Similarly, summers are warmer, and sometimes stifling in central areas, where there's little or no cooling effect from the sea or the mountains.