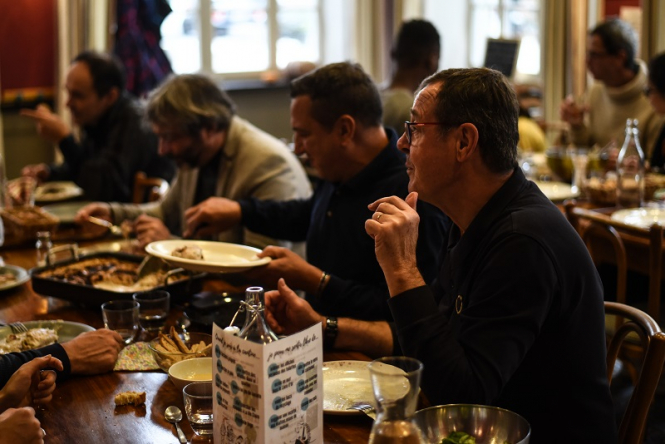 Billed as a “neighbourhood canteen”, this organisation aims to forge links in local communities via the quintessentially French means of shared meals.

Everyone is invited: residents, those working in the area, young and old, all gather to prepare, serve, and clear away the meal.

Everyone pays what they can, so nobody is priced out.

It is the brainchild of Diane Dupré la Tour and Etienne Thouvenot.

The first canteen opened in the Vaise district of Lyon in July 2015.

The idea of getting to know one’s neighbours over a healthy and sustainable meal soon took hold in the city, and two more canteens opened.

Today, Les Petites Cantines (lespetitescantines.org) also operates in Lille, and work is under way to set up branches in Annecy, Strasbourg and Nantes.

The initiative has cooked up plenty of heartwarming tales.

It is “a second family: there people can find friends and, for example, people to go to the cinema with”, said Capucine Sornin, the organisation’s head of communications. “It creates links - some who met at the Petites Cantines have gone on also to create a shared garden.”