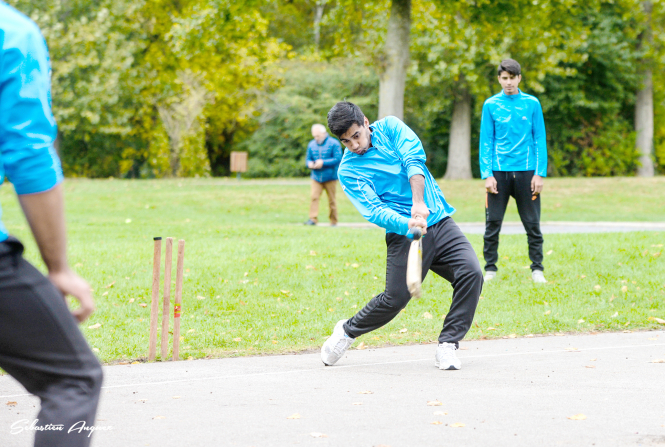 Cricket is beginning to take off in France but, despite centuries of trying and several British teams, much of the new impetus is coming from a group of refugees from Afghanistan and Pakistan who are bringing the sport to life in Pas-de-Calais.

In August 2016, the Saint-Omer Cricket Club Stars did not even consider themselves a team.
They were just a group of refugees who had taken to playing cricket on an improvised pitch in the Glacis public garden in Saint-Omer each weekend, using tennis balls reinforced with sellotape.
All that changed when, on a regular run, Christophe Silvie, the 37-year-old head of Landron Ambulances, decided to stop and chat to the young men.
He was so taken by their stories, and by their love of the game, that he bought them a strip and some basic cricket equipment.

He entered them into a regional tournament against Lille and Valenciennes – and they won.
With the exception of their 30-year-old captain, the players are aged between 14 and 20. Some lived in the notorious Calais migrant camp The Jungle before it was demolished by the French authorities; others have more formal accommodation and attend school.

They speak a mixture of Pashto and Urdu, and have varying levels of spoken French.

Mr Silvie hopes the team will help the refugees to integrate into French life: “We don’t stray into politics or religion, but sport is universal.”
He believes cricket will give the young men the chance ‘to prove that they have skills and commitment, and will make worthwhile citizens’.
The team is ambitious. “There is currently a national team,” said Mr Silvie, “but it is useless. If these players become French nationals, I hope that one day they will transform it.”
In the meantime the priority is to find the Cricket Stars a regular ground on which to train and play.

“If we have somewhere to play, we could welcome sides from the UK and the Vatican, and teams of refugees from Germany,” said Mr Silvie, “so
it’s really of paramount importance.”

If you want to support the Saint-Omer cricket team, financially or otherwise, you can do so via its website at soccs.cricket, or call Mr Silvie directly on 06 20 60 52 53.

- The MCC was supposed to tour France in 1789, with one international match included in the fixtures. It would have been the world’s first official cricket tour – but it was cancelled due to a small historical event known as the French Revolution

- The international was postponed for 200 years, before finally being played in 1989 to mark the bicentennial of the revolution. France won by seven wickets

- The current French Cricket Association was formed in 1987,
following an influx of immigrants from England and Asia. It gained Affiliate membership of the ICC the same year. It became an associate member in 1998

- The national team competed in the 2001 ICC Trophy

- On the domestic front, France has a keenly-contested national championship structure organised in three divisions. The 1st division is called SuperLigue, and the 2016 winners were PUC (Paris Université Club)