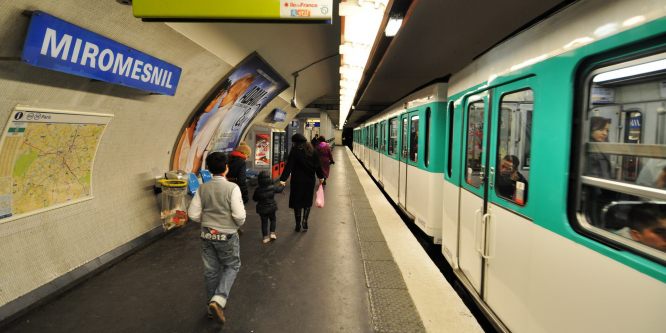 The price of a packet of cigarettes has risen from €8.80 to €9.30 so a hike of 50 centimes per packet. As part of a strategy to cut smoking, the price is set to rise by another 50 centimes in April.

School canteens must offer at least one vegetarian menu per week. Greenpeace France says the new law is good for the environment and for children’s health.

The gas price for households on Engie’s regulated tariffs has risen an average 3%. This breaks down as 0.8% for those who use it only to cook, 1.8% for cooking and hot water, and 3.2% for those who heat with it.

A carnet book of 10 Paris Metro tickets has increased from €14.90 to €16.90 to encourage people to give up paper tickets in favour of Navigo cards or a smartphone app.

THE LATEST rival to video streaming services such as Netflix and Amazon Prime – Apple TV+ – is now available at apple.com/fr/apple-tv-plus at €4.99 per month.

Apple says reasons for trying it include new original content every month and the fact that up to six people can use the account.

Obtaining or renewing unemployment benefit is tougher and it will gradually reduce for higher earners. However, two new categories of worker can now claim.

Note that French benefit is linked to your previous salary as the amount is proportional to social charges paid in, not fixed, as in the UK. It is about 60% of the salary and lasts for the length of the last job, subject to a set maximum period.

For workers whose monthly salary was over €4,500, the benefit will be reduced by 30% after six months, but it cannot go below €2,261 euros net/month and this does not apply to over-53s.

Workers who leave a job they have done for five years or more can now claim if they have a “credible” career change plan.

Self-employed people whose business has been subject to court control in recovery or liquidation can now claim €800/month for six months if they ran the firm for at least six months and had revenues of at least €10,000/year in the last two years, and if they are actively looking for work.

Disability benefit AAH has risen from a maximum €860 to €900/month. At the same time, some people will lose the benefit because the ceiling for combined household income for entitlement to AAH has reduced.

The amount of CMG benefit, which helps pay for childcare, has been raised by 30% for families with a child receiving the AEEH benefit towards education costs of a disabled child.

THE ACS, which helped some lower-income families buy top-up health insurance policies, has been abolished.

They are now able to join the CMU-C “free top-up” scheme for the lowest earners, renamed complémentaire santé solidaire.

However, they are required to pay a monthly age-related fee, from €8 to €30.