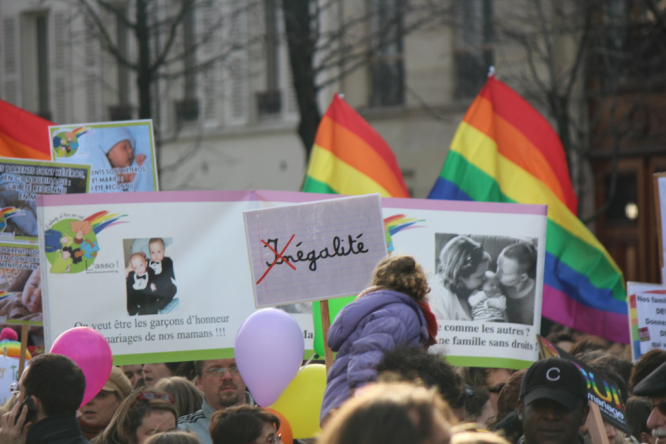 More than 40,000 couples have married in France in the five years since same-sex marriages were legalised, according to official figures.

April 23, 2018, is the fifth anniversary of the date the National Assembly passed laws - following months of demonstrations for and against the laws - allowing same-sex couples to marry and adopt children.

Archive: Marriage for all: two years on

Same-sex couples now account for 3% of all marriages in France. In Paris, that figure rises to 9.7% of all unions. However, the total number of marriages in the country has continued to decline.