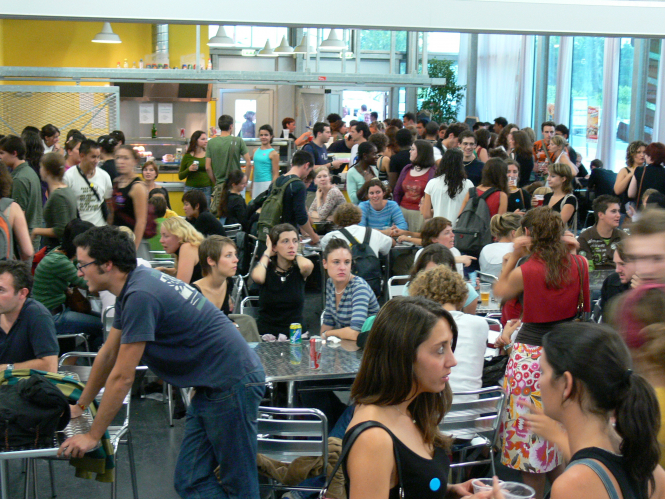 With nearly 87,000 student hopefuls still waiting to find out if they have a university place for the coming year, the further education minister has set up a working party to find ways to reform the placement system.

Students who are lucky enough to be allocated a place will find it is unlikely to be their first choice and 30% of students drop out in their first year.

She particularly attacked the tirage au sort ‘lottery draw’ where students are allocated a place through chance not ability.

With no selection procedure related to exam results, school performance or interviews for public universities, the system is based on the fact that a Baccalauréat pass is sufficient and that there should be equal opportunities for all to attend.

Candidates list the university and the subject they would like to study in order or priority when they apply on the online Admission Post-Bac platform in January of the year they will take their bac.

From July onwards there are three admission phases and this year 653,000 were offered a place in the first phase, of whom 61% got their first choice.

However, problems arise when courses are oversubscribed and then it is literally a question of luck, whether you get a place or not as they allocated according to a random draw which is computer generated, irrespective of the pass grade in exams.

Students who do not get a place can then wait to see if places on their preferred course are freed up because someone else decides not to take up the offer, or they can, if they have the opportunity, accept a place from further down their list of choices.

Away from public universities there are plenty of other further education choices including private schools, prepas, Grandes Ecoles etc and they often require rigorous entrance procedures, including exams and interviews.

The most popular courses and those with most problems arise are the STAPS sports degree, psychology and law – these can leave even the best of applicants without a place.

France 3 Television interviewed Titouan, a 17-year-old from Normandy, who had the highest grade Bac, mention très bien and a sports profile as a handball player but who was unable to secure a STAPS place because of the random draw system.

He has been accepted to do physics, not what he had set his heart on doing.

It is this system, which Ms Vidal has vowed to banish, with no more tirage au sort and with the introduction of some form of selection for the most popular courses.

The biggest student union, La Fage, agrees the draw system must go, but is against any form of selection.

National co-ordinator, Kenza Occansey told Connexion they believe reform should be targeted to help students make the right choice of course and to lower the 30% drop-out rate that occurs after the first year.

Only 27% of students manage to get their degree in three years, and only 40% in four years: “Our age group has the highest unemployment rate and the right further education increases job chances so this should be available to everyone.

“However we think lycées should help students plan their education strategy from the first bac year and teach them exactly what each degree course entails and their related job opportunities and highlight the advantages of professional and technological courses, as well as general degrees.

“That way fewer people will sign up for the so-called popular courses and fewer will drop out because they will be studying something that suits them from the word go.”