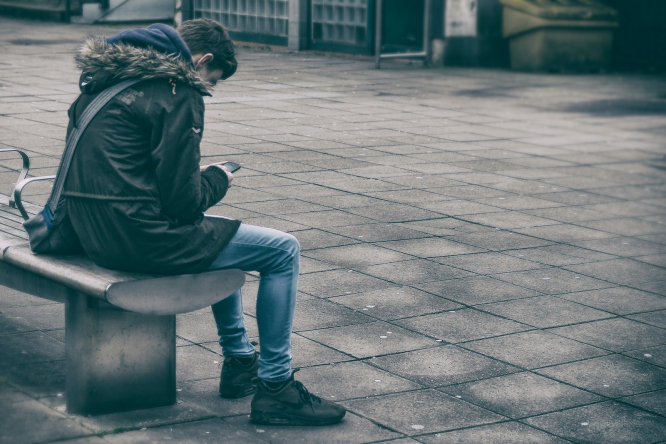 The dangers of bullying in school have recently been highlighted by the death of Alisha Khalid, a 14­-year-­old who drowned in the Seine.

Police said that Alisha was attacked after being the victim of cyberbullies – and Minister Marlène Schiappa has promised to help parents and children deal with online bullying.

During a march in memory of Alisha in the town of Argenteuil, north-west of Paris, many parents and pupils carried banners reading Stop au harcèlement (Stop bullying).

Two 15­-year -olds have been detained and questioned by officers investigating the teenager’s death.

Erwan Balanant, MoDem MP for Finistère, wants to make school bully­ing a crime and has come up with 120 proposals to fight what he con­cluded in a report into school bully­ing for the government is a danger­ous phenomenon in the classroom.

He spoke to Connexion about his study and its findings.

How would making bullying in school a crime help?

Having it included in the penal code would underline that bullying in school is not acceptable and that it is regarded as a criminal offence. It would make people wake up to the dangers of bullying and help pupils understand they are not allowed to bully others.

Bullying in the workplace has been introduced into the penal code and has been successful in reducing this behaviour.

You have outlined 120 proposals, which suggests you feel there is still a great deal to do in schools.

There are 120 because it is a very complex subject with many different forms and situations.

There have been improvements in the past 10 years and I think more schools are aware of the phenomenon and are putting measures into place, but there is still an enormous amount of work to be done.

The clé en main programme includes training members of staff to recognise and react to bullying, meet­ings for parents, and talking about it in the classroom, and is being tested in six education departments.

It works well and the idea is to develop it throughout the country, but that needs a commitment to provide funding to make it possible.

I am convinced the more trained adults we have in schools who can recognise and respond to cases of bullying, the easier it will be to stamp it out as early as possible. This includes all members of staff, from dinner ladies to the school head.

Children need to be able to know who they can turn to and to have confidence in the staff. The earlier they can confide in an adult, the quicker the problem will be resolved.

What are your solutions for cyberbullying, which is even more difficult to detect?

We have a great deal of work to do with cyberbullying.

It is difficult for parents. Social networks are complicated for anyone who does not use them and every­ thing changes so quickly.

I have a daughter who is 11. She is not allowed to have access to social networks but I know she should not be deprived of all internet contact with friends, so she has a Snapchat account limited to a very close circle of friends and her cous­ins. But it is difficult to know what to put in place for your children.

Social networks must be made to understand that what they provide can be dangerous for children and they have a responsibility to provide tools to protect them. One idea is providing a simple way for users to report bullying. Facebook, Twitch, TikTok etc., should use their means of communication to educate children.

Should we worry that what happened to Alisha could happen to our children?

It is an extreme case, but it shows that bullying at school can kill. We know children have died by suicide because of bullying and we know it has led to serious depression.

Bullying leads to a lack of confi­dence for victims in themselves, their friends, and also in school and society, which makes life difficult for them and their family.

That is why I think it is so important to continue the fight against this phenomenon. I hope parliament will make time for my proposals to be debated in the near future.

Families tell of problems when a child is being bullied

4 days ago
2
France’s vaccine pass begins today: how and where will it be used?

2 hours ago
4
French vaccine pass ruled to be constitutional, it will begin Monday

Can I pay a UK cheque into my French bank account?
22 January 2022
More from Family
More from Connexion
Get news, views and information from France
Join the newsletter
Subscribe to The Connexion