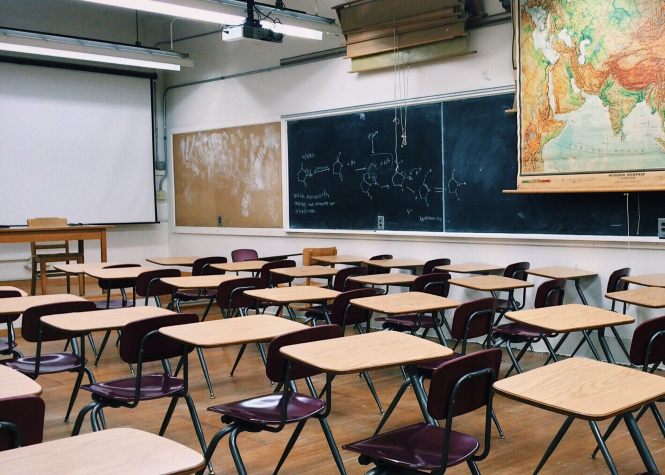 France’s Education Ministry has today published its 2016 performance appraisals for every lycée (high school) in the country.

The ministry prefers not to call it a ranking or prize list, calling them instead “indicators of added value”, or IVAL in French. Instead of purely noting the success rate at baccalauréat level, they measure the efforts of each school to prepare students for the bac, analysing the number of pupils that even make it to take the exam.

The objective of the indicators is twofold, says the ministry. Firstly, to provide the general public with elements of appreciation for the work of each school. Secondly, to provide high school leaders and teachers with points to reflect upon in order to help them improve their effectiveness.

The usual criteria of what percentage of pupils who took the exam passed it is only the starting point for assessment. Even if a school delivers lower bac success, it can still be rewarded in terms of ‘added value’ for its attentiveness to pupils’ academic needs. The government takes into account the “socio-demographic” characteristics of students in each school as well as their academic starting point, thereby assessing a lycée on its ability to improve its pupils, as well as a school’s willingness to support a pupil through any repeated years.

Number of pupils who drop out is another factor, while it is also understood that schools with the highest proportion of children of senior managers or teachers have a positive impact on the children of workers or unemployed people at the same school – this is factored in too.

“IVAL provides a useful tool to better understand the differing factors in a pupil’s success,” it says on the ministry website.

Some 2,300 general and technological high schools and 2,000 vocational high schools have been assessed and placed into one of five groups. A large percentage (53%) of schools’ performances are deemed "neutral" – namely that the results obtained by the baccalauréat pupils were in line with expectations and therefore there was no improvement or deterioration in their level.

A total of 18% of schools were found to have had a ‘degrading’ effect on the level of their students, while those that benefited pupils were split into three sections: 14% succeeded in obtaining better performances by pupils compared to expected results; 10% succeeded in achieving very good results, but only by removing unwanted elements from the equation. Finally, 5% did not obtain good results but are considered effective in their methods.

Various French media outlets use the official government figures to create rankings for school performance, such as L’Express and  L’Internaute, which uses its own coefficients for the ministry’s factors such as ‘bac access rates’ (the chances of a pupil getting his bac no matter how many years it takes them). It also excluded schools with less than 100 pupils taking the bac.

To assess a school’s performance in your area, you could use more than one searchable ‘ranking’ list, such as Le Figaro, as well as the ministry’s marks.