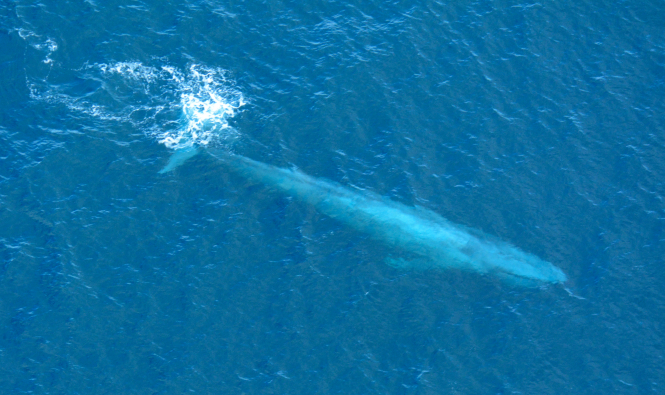 Parents in France are being warned about the Blue Whale Challenge, an online phenomenon that encourages youngsters to undertake dangerous dares and self-harm.

The craze is believed to have led to 130 suicides in six months in Russia, where it originated. In France, several cases of suspicious death have been reported and now education authorities are on high alert.

Like the Ice Bucket Challenge, the Blue Whale Challenge involves encouraging participants, via social networks, to face everyday challenges. The difference is that these are intended to lead the ‘players’ to death on the 50th day, thereby ‘winning’ the game.

Challenges at the beginning include drawing a whale on a leaf or getting up at night to listen to sad music. As days pass, participants are invited to cut themselves and finally to jump from the roof of a building or to hang themselves.

In response to growing concern about the phenomenon, which is aimed at those between the ages of 12 and 15, the Ministry of National Education on Friday contacted by email all the rectors (heads of regional education authorities) to call for vigilance.

Ten days ago in Hauts-de-France, two young girls were cared for after telling a school nurse about their involvement in the challenge, said La Voix du Nord. One of them had reached level 45, while the other had traces of burning and scarification on her arm.

As a result, the Pas-de-Calais gendarmerie posted a warning message on its Facebook page for teenagers and their relatives. "Be vigilant – be alert to any change in behaviour, closing in on oneself or scarification, especially if the person has access to social networks," it read, adding that "provocation of suicide is punishable by law [five years’ imprisonment and a fine of €75,000]".

Meanwhile in Alsace, nine college students from the academy of Strasbourg were reportedly involved in the Blue Whale Challenge in March. One of them was taken into the care of SEPIA, a teenage suicide prevention organisation, in Colmar.

A warning was also sent to all heads of institutions and to all social workers and nurses, while other reports have led to alerts in the academies for Lille, Lyon, Orléans-Tours and Versailles.

The warning signs are not always spotted in time. Le Journal du Dimanche reported that a 15-year-old boy fell from the seventh floor of a building on Friday. He was trying to meet challenge 22, according to a friend of the victim on Facebook.

And on March 15, a teenager from Reims was found dead at his home as a result of self-strangulation. According to rumours circulating on the social networks, his death was also linked to the Blue Whale Challenge. But in both cases, the police have not yet established a link.

Counter-offensive ‘games’ are now appearing on social networks, such as the Pink Whale Challenge that encourages participants to realize fifty positive challenges, for example watching their favourite movie, making friends or helping somebody.

In February, Novaya Gazeta, a Russian media outlet, linked 130 suicides to the phenomenon, based on the fact many of the young people who have died were in the same online community. A 21-year-old man was arrested, accused of being an administrator on a social media ‘death group’, and is awaiting a court date.