Fight against teenage addiction in France 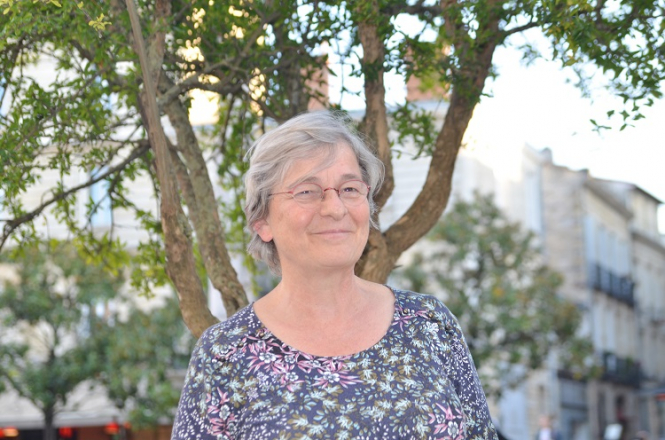 Efforts to reduce addiction are being increased, Dr Bernard says
By Jane Hanks

Why is it important to do more to reduce these behaviours at a young age?

The younger children start smoking or drinking, the more dangerous it is for the development of their brain because it does not reach maturity until 25. Connections are still forming and can easily be destroyed. Teenagers will always experiment, but the later the better - and even better if they do not.

I do not advocate prohibition and there is no need to worry if it is just occasional but regular use of any of these substances for teenagers is dangerous to health.

We must not be over-dramatic, but at the same time we must not allow these practices to be seen as commonplace and usual.

Smoking a joint once at a party is not the same at 12, 14, 16 or at 18. If you are going to smoke it from time to time, for example, far better to start at 35 than as a teenager. Some individuals are more vulnerable than others to addiction and this can be linked to emotional and physical health. If they are not socially confident or have asthma, they are more at risk.

Is cannabis a more serious problem than tobacco or drinking?

We should not just concentrate on cannabis but on all of these practices as a whole. Smoking is very serious and can start in collège. We know that children usually start so as to fit in with their friends. Studies have shown that the first time they try they usually find it disgusting and they have to overcome that to continue, but it quickly becomes addictive.

Illnesses related to smoking are the first cause of death among young people. Also it is very rare that someone who tries cannabis does so if they are not a smoker.

The younger people start with all these substances, the more dependent they become.

Why are the figures for cannabis high in France?

We do not really know why this figure is higher than in other European countries. There are many factors. One thing to point out is that cannabis is much stronger now because of the way it is grown so the THC levels are higher than when their grandparents smoked it in the hippy 60s and 70s.

What can parents do?

I think parents should discuss these issues with their children, be open with them and make them aware of the risks. If they have tried cannabis at a party, ask them what effect it had.

If they drink, make it clear that getting drunk every weekend is not a good idea; that it can damage their health, lead to a car accident or to them having sex they will regret afterwards. It is better to be able to talk about this before a bad event than afterwards, not in an accusatory tone but a benevolent one.

You would not let your four-year-old ride a bike on his own before he had tried with stabilisers. It is exactly the same kind of situation, accompanying your child through new experiences.

However it is more difficult to talk to a teenager...

Yes, it is not necessarily easy when they will not listen. It is easier if you start early on to build a good relationship where you can talk with your children.

You do not have to be an expert to explain basic risks and the fact that many practices are illegal, such as buying tobacco or alcohol underage. And even if you smoke, it does not mean you cannot advise your children not to do so; you can explain how difficult it is to give up.

When should a parent worry their child has gone beyond experimentation?

If you suspect his or her consumption is frequent and there is a change in behaviour and your child starts missing school, has few friends, loses motivation, is aggressive, and school marks go down dramatically.

What should a parent do in this situation?

First talk to the child. It is never too late. If that does not work, then perhaps ask someone your child gets on with to talk to them. You can talk to your GP. There are also help centres and helplines which give free advice. If you do not speak French, why not ring an NHS line?

There are also Consultations Jeunes Consommateurs centres which you can call to make an appointment. They are free and you or your child can go alone or together. Parents often feel isolated but there is help.

What about the state’s role? Everyone knows who the cannabis smokers are outside the lycée gates but nothing gets done

This worries me. It shows a lack of awareness in our society of the gravity of the problem. The government’s latest programme against addictions will try to redress this kind of situation. A school could make the outside space a non-smoking area in consultation with the council. They could ask the municipal police to enforce it. A number of councils have now signed up to work with us to find solutions.

Another problem is tobacconists selling to under-16s. We have introduced health awareness into their training programme so they realise how important it is not to sell to young people. We must make young people aware of the risks.

For counselling in English: http://counsellinginfrance.com

A quarter of 17-year-olds smoke at least one cigarette a day and 8.4% drink 10 times a month or more, according to the latest figures.

The latest figures are the lowest since 2010 but the report says efforts at reduction should not be relaxed.

The average age for trying tobacco is 14.4.

For cannabis, 39.1% have tried it, the lowest ever, with 15 being the average age when they tried it first. Most were given it by friends and twice as many boys as girls smoke it regularly.

One in six had never had alcohol but half had drunk five or more glasses at least once in the last month.

Some 6.8% had taken something illegal other than cannabis, such as ecstasy, speed, crack, LSD, heroin, magic mushrooms or glue.

Boys were found to be more likely to experiment than girls and young people in southern regions were more likely to have tried cannabis than in the north (with the exception of Brittany). Corsica, Brittany and Normandy have the most smokers.

School attendance is relevant: 57% of those who had left school smoke regularly, compared to 47.3% of apprentices and 22% of those in school. Cannabis is used regularly by 21.1% who have left education, compared to 6% of those at lycée.

The survey canvassed 46,000 young people in an anonymous questionnaire at their Journée d’Appel, the day young French nationals have to spend with the army.