Cookie Consent by FreePrivacyPolicy.com I turned to art to overcome my stroke French News and Views in English | The Connexion
13 may 2021
Classifieds Currency exchange Newsletter
Login Register BASKET
Facebook Twitter

I turned to art to overcome my stroke 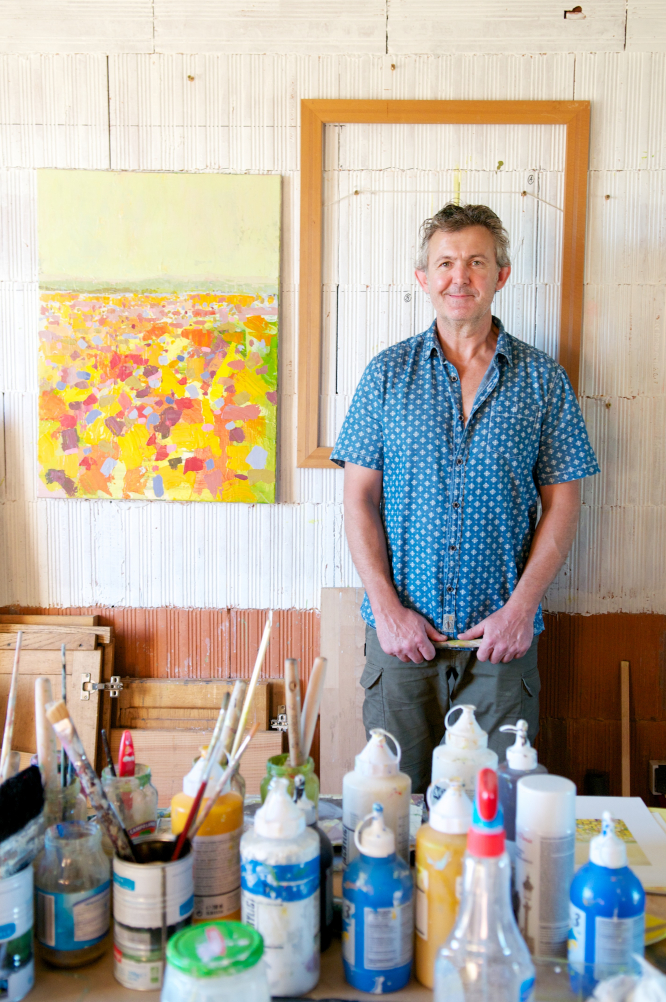 “It’s hard to describe, but I felt something kind of twang in my head and instantly I felt weird. I couldn’t see properly and I felt unbalanced. It was a really hot day in the middle of summer 2014, and I was on a roof helping a friend treat some wasp nests,” the 50-year-old said.

“I told my friend I was going to have to go home, climbed in through the Velux window and – I shudder to remember this now – drove the 15 minutes home. I couldn’t see properly out of one eye and could barely keep my right hand on the steering wheel.”

As he rested on the sofa of his home in Hounoux, in the Aude, by now unable to speak properly, his wife Sarah assumed he had been affected by the chemicals he had been using to treat the wasps.

She drove him to the hospital where, following 24 hours of observation and an MRI scan, he was told he had suffered a type of stroke caused by a brainstem cavernoma.

“Initially I thought they’d said I had cancer, so when I understood, I was relieved,” Matthew said. “I was in hospital for about a week for observation. There wasn’t any treatment as such, other than physio – it was just a question of wait and see.”

Matthew said that in the first few weeks after his stroke he simply felt elated. “They told me it would take months to get better and I’d probably never be quite as I was before, but I was just ecstatic to be alive. I thought I’d be bound to beat the odds and be back to normal in a few weeks.”

In his 20s, Matthew had studied fine art at Bristol University but never pursued it professionally as it was easier to make a living as a builder. After the stroke, he picked up a pencil and started to draw self-portraits, partly as a way of tracking how successfully he was regaining strength in his right hand.

He became frustrated and depressed. “I felt useless and cheated. I realised I was unlikely to ever be able to return to work as a builder.

“Work on the house I’d been building for my family since 2011 was pretty much on hold – fortunately it was habitable, but it certainly wasn’t finished – it still isn’t.

“Then there were, of course, all the admin things to deal with – finding out how to claim sick pay and put my business on hold. One day we arrived back from holiday to find a letter saying that I had to go to Montpellier, around 195km away, for a medical the next day or my health rights would stop. When you’re feeling low already, things like that are the last thing you need.

“I wondered: ‘Why me? What kind of future did I have?’ I was vile to those I love most, my wife, my three sons, Sam and Max, aged 13, and Jack, aged 14 — I’m not proud of it. Eventually I realised that only I could change the way I felt.”

Over the months, his pencil drawings had become clearer but his right hand was still not steady enough to hold a paintbrush properly.

Matthew decided he was not going to let that get in his way and started painting with his left hand instead.

“It took a bit of getting used to,” he said, “but I was pleased with the work I was creating and it helped to have a focus, something to do rather than sitting around moping about the fact that I couldn’t work.”

Sarah persuaded him to contact a gallery in nearby Alaigne to ask if they would agree to exhibit his work. “The owner Lin said she would – as long as I could come up with enough paintings to fill the walls in the next eight weeks.

“By then I hadn’t done much so it was a challenge to get them finished in time. I didn’t work constantly – there were good days and bad days and sometimes I just needed to sleep. But I relished the challenge – it was great to have something to aim for.”

Matthew’s mainly abstract paintings are inspired by the views from his house, the countryside and his family.

He says: “We live in such a beautiful area, it’s not hard to find inspiration.”

Matthew has been signed off sick until March, after which he is hoping to make his living as a painter.

“I haven’t quite worked out how I’m going to do it yet,” he said. “I’ll perhaps set up a shop on Etsy and sell prints online. I’m unlikely to work as a builder again, but on the plus side, I’ve rediscovered my love of painting.”