My operation in France: Hysterectomy 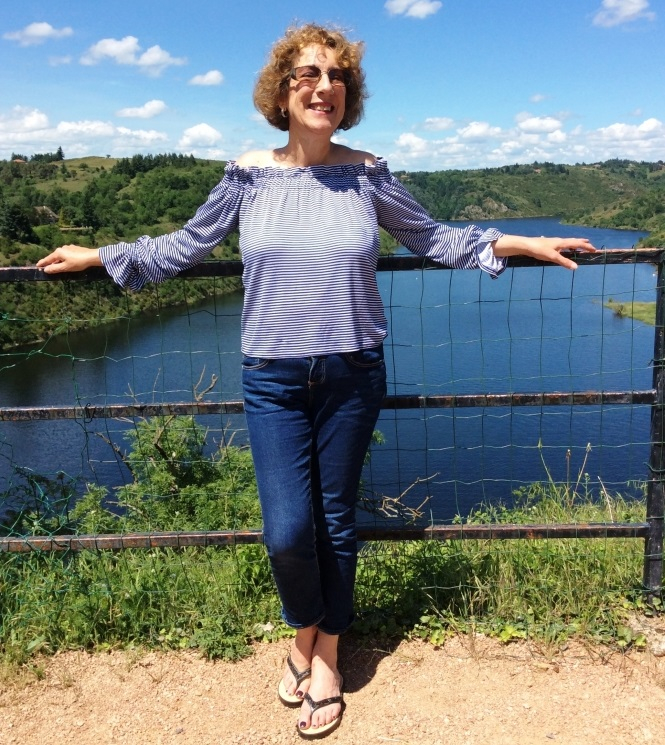 When Delia Bourne, 57, from Le Morvan in Nièvre, Burgundy, went for a smear test, she had no idea she would face a hysterectomy a few weeks later.

She and husband, Mark, 59, have had a holiday house in Le Morvan since 2007, but decided to live there full time in 2010. Delia is a self-employed PR and blogger and Mark works as a picture-framer.

I’d had back pain, which my GP had put down to sciatica, for several years – and nothing seemed to help. In fact, it was only a tragic event in my personal life that led to my diagnosis.

A friend who had lived nearby had died suddenly from ovarian cancer in spring 2017. She had had symptoms for a while, but none of us had realised they could indicate something so serious.

Her situation made me think that I ought to take better care of myself, so I booked a smear test that I had been putting off.

I booked my appointment with a local sage-femme, and expected it to be routine. However, when the test started, she paused and asked if she could take a picture to show a colleague. She had found a lump.

I was sent for more tests at Autun hospital the same day, where I underwent a biopsy and an ultrasound with a gynaecologist. Luckily, the lump turned out to be harmless, but the scan revealed that I had a great many fibroids in my uterus.

I was sent for an MRI, after which my gynaecologist advised me to have a hysterectomy. Although the growths were benign, they were already causing me pain and the problem would only get worse.

Sometimes fibroids can be dealt with without the womb being removed, but as my childbearing years were behind me and as fibroids often return, a hysterectomy seemed the most logical option.

Nervously, I agreed, all the while reassuring myself that the actual procedure would be a long way off.

However, after I gave the OK, my gynaecologist suggested he operate the following Thursday!

I was admitted the night before the procedure and arrived with plenty of reading material – books and magazines. I had a room to myself, and my own bathroom.

The next morning, a male nurse came in with a paper gown. He held it up and I quickly changed into it. Then he handed me something else – “chapeau?” I asked. No, he indicated. Paper knickers.

This mix-up had me smiling as I was wheeled into theatre.

As I was under general anaesthetic, I do not remember anything of the procedure. But when I woke up after the surgery, I was surprised that the pain was fairly minimal – as they had carried out the hysterectomy vaginally, it was less invasive than an open procedure.

I was kept in hospital for four days, and my pain was managed very well. Despite the fact it was an enormous trauma, my pain was never worse than a bad period pain might have been.

After I left hospital I went home, where I had further bed rest.

Nothing had prepared me for the amount of rest I needed. I had thought I would probably be working from my bed, but I just felt too dizzy and drained.

Although I had to get up and walk about a little to ensure proper healing, anything more taxing exhausted me.

Six days after my operation, I tried going to the shops, but felt too weak.

The tiredness and fatigue have continued for some time – and my surgeon has since informed me that it can take several months to feel normal again. Having a body part removed is a great physical strain and the body can take a while to adjust.

However, the pain that I experienced before the procedure has reduced dramatically, which is a great relief!

FACTS ON A HYSTERECTOMY by Professor Bruno Deval, a gynaecological surgeon and specialist at Geoffrey Saint-Hilaire Clinic, Paris

Why are hysterectomies performed?

The majority of hysterectomies are carried out on benign conditions, for example myomas (benign tumors/fibroids); adenomyosis (where the inner lining of the uterus breaks through the muscle wall) or hyperplasia (where the womb lining thickens excessively without shedding).

How long does the operation usually take?

What is the usual recovery time?

Hospitalisation time differs depending on the method used: usually one or two days with the vaginal and laparoscopic procedure, or four days with the open procedure. Patients usually need a month off work to recover physically.

If the ovaries are not removed, it is not needed. If an oophorectomy is carried out, the patient may be given HRT, if recommended by the gynaecologist.