My operation in France: Thyroid removal 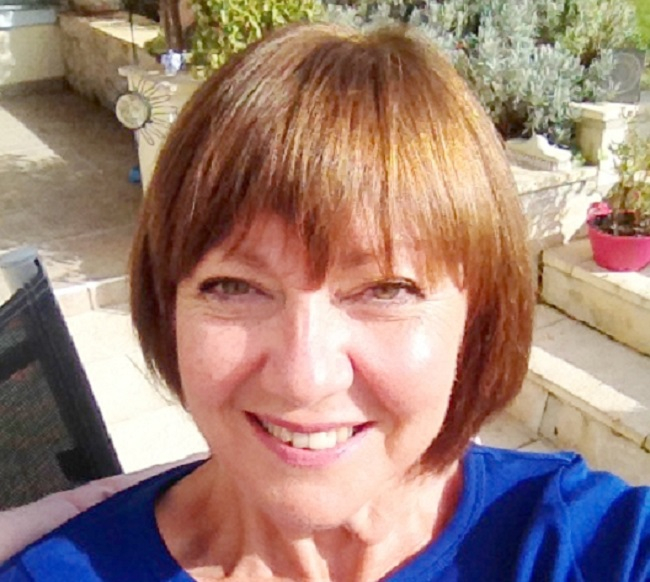 After 20 years, it took a move to France to diagnose cancer for Eileen W.
By Gillian Harvey

When Eileen Worthington’s thyroid nodules turned out to be cancerous, she was referred for thyroidectomy. While the operation itself was straightforward, finding the right treatment for her symptoms had proven less so. The thyroid gland secretes hormones vital for body cells to function.

Looking back, I think I’d been suffering from an underactive thyroid for over 20 years. I’d suffered terrible fatigue in the UK, but had been told by my doctor that I ought to improve my diet and take more vitamins – despite the fact I was already very fit. In the end, I gave up trying to get diagnosed; I got used to feeling unwell and put up with the crushing tiredness I’d experienced on a daily basis.

Shortly after I moved to France in 2005, my symptoms seemed to worsen. And in the summer of 2013, my tiredness got so severe that I was sleeping for 12 hours per day, yet waking exhausted, unable to get out of bed. I also collapsed several times – I thought I was dying.

My doctor in France carried out some blood tests and I was diagnosed with Hashimoto’s Thyroiditis – a disease in which the immune system attacks the thyroid. He prescribed Levothyroxine – a commonly-used medication that supports the thyroid and helps to keep patients’ hormone levels stable.

After my initial diagnosis, I continued to struggle with my health. I was referred to an endocrinologist. She sent me for an ultrasound of my thyroid, which revealed several nodules. While these are often benign, a biopsy in February 2014 revealed that I had thyroid cancer.

Treatment for thyroid cancer involves the removal of the thyroid, followed by radiation treatment.

The operation itself – carried out in Bordeaux – was fairly straightforward.

I underwent general anaesthetic, and several hours later I awoke with no thyroid and very little discomfort; after four days of monitoring, I was discharged from hospital. The next month, I returned to discuss my treatment. As they’d found three tumours, they recommended me for radiation treatment.

I was sent to a special isolation unit in Bordeaux where I was kept for five days, as the radiation that was administered could be harmful for others.

Even after discharge, I was under restrictions for four weeks – I wasn’t able to see children or elderly people, and could only stay with my partner for 30 minutes at a time.

Eight weeks after leaving hospital, I was told that my cancer was in remission.

As with all of those who undergo thyroidectomy, I am now on medication for life – without it, I’d be dead within three weeks. The medication replaces the hormones released by the thyroid and keeps my body functioning as it should.

For many, this is the end of the story – however, for some, like me, symptoms continue even when we take the hormone replacement medication.

However, the doctor changed my medication to one without gluten or lactose and things seemed to pick up.

Unfortunately, the manufacturers of the thyroid medication I take changed the formula in early 2017 – and many sufferers are now experiencing almost unbearable side-effects.

I never feel normal; I no longer know what normal is. But I try to think that as long as the cancer’s in remission, I’ll keep struggling through.

And, as hard as it may be, I try to stay positive.

Despite my difficulties, I’ve been so impressed with the care I’ve received, and so grateful for the help of Cancer Support France, who supported me throughout.

What are the symptoms of a thyroid problem?

There are two kinds of symptoms.

Some occur due to a dysfunction in the production of the hormones. Symptoms may include fatigue, depression, headaches, anxiety, palpitations, weight gain or loss. These symptoms can usually be treated with medication.

Sometimes the thyroid develops tiny nodules which are seen on an ultrasound scan. These are usually benign but can sometimes indicate thyroid cancer.

How long does a thyroid removal usually take?

The length of the surgery will depend on how much thyroid will be removed, from 20 minutes to an hour and a half.

How long do patients normally stay in hospital?

Generally, patients will stay at least one night after surgery. A very small number of patients can be treated without staying in hospital.

There is no need for special care after surgery. No stitches nor drain, for example.

Patients who have had all their thyroid removed will have to take a treatment (thyroid hormone replacement) for life.