President of French anti-cancer league steps down due to cancer 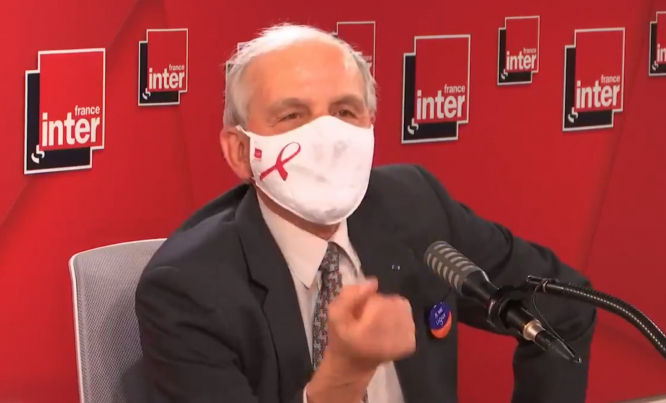 Professor Kahn gave a passionate and moving interview to France Inter about his cancer diagnosis and the work ahead Pic: France Inter / @franceinter / Twitter

The president of French anti-cancer group la Ligue nationale contre le cancer has announced he is stepping down from his role as he is fighting cancer himself.

In a statement released by the group on May 11, the 76-year-old doctor and geneticist Professor Axel Kahn confirmed he was stepping down from his role due to cancer that had “become more aggressive recently”.

And in a moving and impassioned interview with France Inter on Monday May 17, he said: “It is probable that I am on the final journey of my life. My illness became public when it could no longer be kept quiet. I'm fighting cancer, and it turns out that it has caught up with me. I too have cancer.

“I am now going to fight two battles: a personal battle, which I am going to fight alone; an honourable battle against my illness. And then, as I only have a little time left, I will try to do as much as I can with the time I have left.

Professor Kahn called for the anti-cancer group to continue the fight against the disease, saying: “Help me, continue the battle, I am counting on you.

“This is a very important time in my life.  I've often said that people are what they do. Let's say I have three or four weeks left, then the choice of what I do, and how I do it, is more important than ever.”

Professor Kahn spoke about “death” as an “old friend” after decades of practising medicine, and said: “You only live it once, and then you die. I am living. I’m not skipping along [but] I love life. I am no longer living in terror [of death] either.”

He said he wanted to remain in his post as president, but that he had stepped down when he “no longer had a choice”.

He added that he would continue to work with la Ligue as much as possible, and that a new president would be appointed within the next few weeks.

Care homes in France: Is living with a host family an alternative?
14 January 2022
More from Health
More from Connexion
Get news, views and information from France
Join the newsletter
Subscribe to The Connexion