How to make a French will: Essential rules and nine pitfalls to avoid 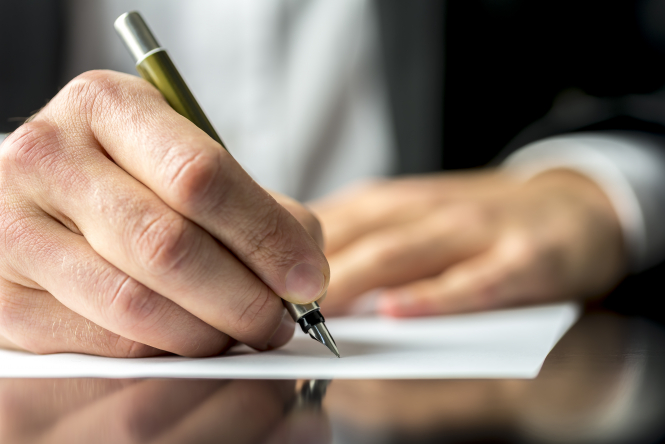 A testament olographe will needs to be written by hand Pic: Gajus / Shutterstock

Making a French will is a fairly straightforward process, especially if you select the common testament olographe option – but there are nonetheless certain essential rules.

If you miss out certain vital wording or make other errors, then it could cause problems after you die.

Here are some pointers to help you get it right.

If you are making a French will, it is preferable for it to be written in French, though it is not obligatory. Writing it in French will ensure it is readily understood by any French notaire dealing with the estate after you die, and that the correct legal terms are used. If it is in English then the notaire will have it translated by a sworn translator if he or she does not speak fluent English.

The testament olographe is the most common form of French will as it can be drawn up by yourself, without a notaire. In this case the document must be handwritten and not typed, though you may wish to write up a version on your computer and print it to copy for your own guidance. The main alternative is the testament authentique, drafted by a notaire (the drafting is billed at €136).

Key things to include

It is advisable for the will to start with the phrase: Ceci est mon testament (this is my will).

The will must be dated with the day, month and year and signed at the end. The usual format for the signature is to write: Fait et écrit entièrement de ma main le [date], followed by the signature (‘made and written entirely by my own hand’). It is preferable for it to be on a single page, but if there are more than one, number the pages, indicating on the first page the total number, and initial each page at the bottom.

You must write it alone

Your will must be personal to you and concerning your own belongings. Do not write a joint will with your spouse, for example. Take advice from a notaire if you own property in common with someone else.

Make sure you are as precise as possible about the identity of people to whom you are making bequests. If they are not close family it is preferable to include as well as their full name, their date and place of birth and current address.

Lodge it with a notaire

It is not obligatory, but it is highly advisable to lodge the will with a notaire and have them register it for you with the fichier central des dispositions des dernières volontés (FCDDV). This will make sure that the will is found in time after you die. It costs around €100 to lodge it and have it registered.

Though also not obligatory, it is a good idea to ask a notaire to check the will for you, for which they will bill a one-off fee at a tariff agreed with you. It is also possible to discuss your intentions with a notaire before writing it.

Be aware of inheritance law rules

Under French law children always benefit from set minimum amounts of a person’s estate, so a French resident’s will should not leave property in a way that does not respect these. An EU regulation allows foreign people living in France to choose instead the legal system of their nationality if they state this explicitly in their will, however a new French law has given new rights to children who are disinherited.

French inheritance tax allowances and rates apply individually to beneficiaries not to the whole estate and they vary greatly depending on the testator’s relationship to the person. Be aware that if leaving to more distant relatives or people unrelated to you the value they receive may be significantly reduced. In some cases lifetime gifts or making them a beneficiary of an assurance vie policy can be a preferable way of benefiting them.

Do not include funeral wishes

It is preferable to put your wishes for the funeral in a separate and easily accessible document identified as Volontés funéraires. Wills are generally only dealt with after the funeral.

For more about French wills and inheritance see our helpguide to Inheritance Law and Wills in France.

International wills can be misleading

Do I need to register my handwritten will?

How to
inheritance
will
More from Money
More from Connexion