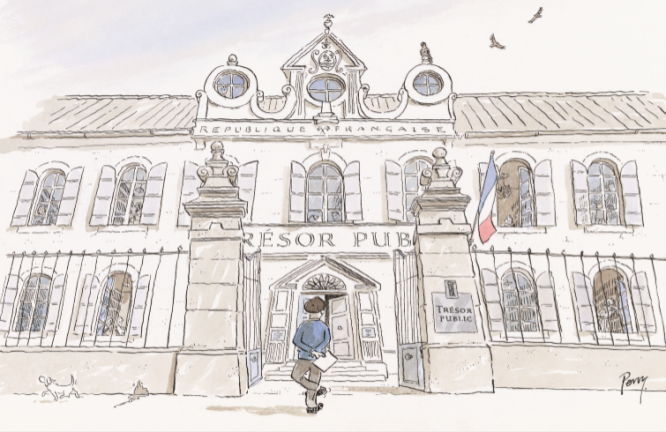 To most people in France, the Trésor Public is the body you pay your taxes and fines to – and maybe the words you put on a cheque to hand over that money.

Perhaps it’s an office to visit occasionally to make payments or get advice about them.

Ultimately, when you sign a cheque to the Trésor Public, you are just paying the state, as it has no separate legal identity.

How­ever, the term now especially relates to certain functions of the DGFiP, notably collecting your fines and taxes, as well as managing the state’s account at the Banque de France and doing accounts for state bodies, including central government and local councils.

The DGFiP reports to the finance minister and is responsible for tax administration and public finance management. It has offices at various levels across the country, which were, and are still sometimes, called Trésor Public.

Offi­ci­ally, in larger towns the offices are now usually called Centre des Finances Publiques – of which the part dealing with taxes for the general public is the Service des Impôts des Particuliers – while rural areas often have a service called a trésorerie to collect taxes and give tax advice.

The structure is currently in the midst of reorganisation, which will result in alternative points of access to tax advice and payment. It means in many cases that what people know as the offices of the Trésor Public may disappear.

The DGFiP says a new three-year plan, which is still in a consultation period, will increase access points to the public by nearly a third and improve services for councils, particularly the smaller ones, which are promised more advisers to help them draw up and manage budgets.

It ties in with the aim to create a national network of Maisons France Services (MFS) to replace and extend the number of existing Maisons de Services au Public (MSAP) by 30% by 2022.

These are centres which will group a range of services to help the public with administrative matters. One of the services will be tax advice.

A survey by CSA Research for the government in 2018 showed the main reasons the public got in touch with a DGFiP office were: help completing income tax forms; paying taxes; tax inquiries; requests for information about a personal situation; or notification of a mistake by the tax authorities.

The government says the MFS will be able to deal with most of these and, if not, will set up an interview with a DGFiP tax expert.

You will not be able to make tax payments. Instead this role is being gradually assumed by the bars-tabacs. This started in nine departments in February, will be extended to seven more in April, and will be countrywide by July.

You can also pay other bills, such as those from hospitals, crèches or canteens, and fines.

Bar-tabacs which offer this service will have a Paie­ment de Proximité notice in the window and a payment terminal where you will be able to pay in cash up to €300, or any amount by bank card (only up to €300 for income tax). You can check whether this service is available in your department at www.impots.gouv.fr/portail/paiement-de-proximite.

The relevant bill must have a QR code and must include that it is payable in a bar-tabac in the list of payment methods.

Public service unions are not happy about this, saying it is a cutback in public services.

They claim more than 1,000 centres could close, notably local trésoreries, hundreds of civil servants will lose jobs, and there will be a loss, not an improvement, of services.

Fanny de Coster, general secretary for CGT Finances Publiques, said more than 80% of trésoreries could close in most departments and 100% in some: “We are outraged some of our work is being privatised and handed to the bar-tabacs.

“Fifteen million members of the public come to us for advice every year and we do not think they will get the same service from MFS because they are not tax specialists.

“Our members risk losing their jobs or being asked to relocate to new centralised offices which may be several kilometres from their home.”

The DGFiP told Connexion the reorganisation takes into account a decrease in workload with the abolition of taxe d’habitation and introduction of income tax at source. 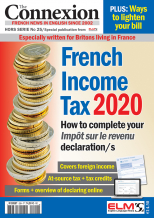 Owning a Second Home in France
More from Money
More from Connexion
Get news, views and information from France
Join the newsletter
Subscribe to The Connexion