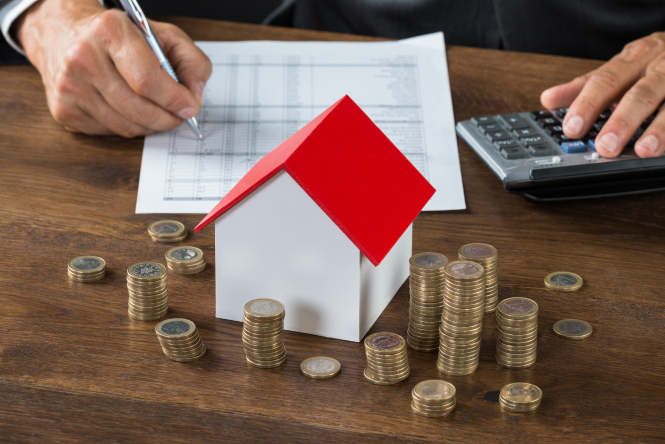 The taxe foncière local property tax is payable by most owners of houses and flats as well as their adjoining facilities and gardens (and many kinds of commercial buildings) Pic: Andrey_Popov / Shutterstock

The taxe foncière local property tax is potentially payable, barring exemptions, if you owned French property on January 1 of a given year.

The tax most people are concerned with is called in full taxe foncière sur les propriétés bâties, and is for houses and flats as well as their adjoining facilities and gardens (and many kinds of commercial buildings).

There is also a version called taxe foncière sur les propriétés non-bâties for land with no associated buildings.

The revenue goes to your mairie and in some areas a part goes to an intercommunal body, to fund local schools, sports facilities, roadworks etc. A part also used to go to departmental councils, but that is not the case since 2021.

The owner of the property usually pays it, even if it is rented out. In the case of a home being owned in usufruit only – life interest – it is the person who holds the usufruit that pays.

It is not usually payable on caravans and mobile homes unless they are fixed to the ground with masonry.

How is it worked out?

Taxe foncière is based on a theoretical annual rental value calculated by the tax office, called the valeur locative cadastrale (VLC). This figure, which will probably not bear much resemblance to the actual market value you would obtain if you rented it out, takes into account various factors such as location, quality of construction and comfort.

VLCs were in many cases last worked out properly according to market values in the 1970s and since are increased annually and also readjusted for individual properties if they are extended or improved etc (for example if you declare a new swimming pool).

A long-awaited reform of the VLCs to better take into account changes in the desirability of certain properties and areas in recent decades is now not expected to apply until 2026.

The VLC is divided in half, to take account of expenses such as maintenance, insurance and repairs, and then has a percentage rate applied to it that is voted on by your local authorities. This gives the tax payable.

Are there any exemptions and reductions?

There are several reductions or exemptions, linked to factors such as age, disability or income.

One of the exemptions, for main homes only, is for older people who receive the French pension top-up benefit Aspa or who are recipients of the Allocation supplémentaire d’invalidité (Asi).

They must occupy their home either alone or with people with the same benefits, or with their dependants, or with people whose net annual income (revenu fiscal de référence shown on the avis d’impôt) is not above certain limits. In 2021 these are, based on income for 2020, €11,120 for a single person or €17,058 for a couple.

People who have Allocation d’adultes handicapés (AAH) and those aged over 75 on January 1 may also benefit but their incomes must not exceed the amounts mentioned.

The exemption for over-75s is also available for second homes, but must be requested. In other cases the tax office should apply the exemption automatically – but you should contact them if they do not.

A reduction of €100 is available for those aged 65-75 on January 1 of the year in question if their incomes are within the relevant ‘modest’ amounts defined above and meet the requirements with regard to people who live with them.

Certain buildings are also by definition exempt, for example if you live in a new building rated as especially energy-efficient (‘BBC’) there is often a 50% reduction or an exemption for the first five years, depending on the rules in the local area.

This has to be requested in writing before the first year in which it is to apply.

There is also an exemption for the first two years for newly-built homes, for which a declaration must be sent no later than 90 days after the work is complete.

Older buildings (built before January 1989) which have been subject to works to improve their energy efficiency may also under certain conditions benefit for a three-year period from exemption from 50-100% depending on the commune.

If you normally rent a property out but it stood empty for three months or more because you could not find a tenant, you can request a pro-rata reduction of the tax.

The tax is not due on agricultural buildings.

When is it payable?

This depends how you pay it, and there are several options.

Bills (avis d’impôt) for this tax go out in the late summer to autumn, with online versions appearing earlier than the paper bills in people’s personal spaces at impots.gouv.fr

One popular way to pay is by mensualisation, in 10 monthly direct debit instalments payable on the 15th of the month from January to October, with balancing payments possibly payable in November and December if your final tax bill has risen in a given year compared to the previous year. The instalments are each one tenth of the previous year’s tax.

In this case your bill will show if you have more tax to pay, for example if rates in your area have increased compared to previous years – and, if not, the October instalment will have been the last.

You can opt for mensualistion for a year that is already underway, until June 30, with payments starting the month after you apply. After that you can sign up for the following year.

You need your tax number (numéro fiscal), a previous avis d’impôt bill and a bank account in France or Monaco. It can be done via your online personal space, by phone (see number on your last avis) or via a request through the secure messaging service in your online space.

Otherwise, the main annual payment deadline falls in mid-October, for anyone paying by bank transfer or traditional methods such as cash, cheque or TIPSEA slip or by cash or card at a tabac using paiement de proximité (these methods are only for those with modest bills, up to a few hundred euros).

Those paying by direct online payment get an extra five days to pay, with the payment taken from bank accounts another five days later; meanwhile those wanting to use prélèvement à l’échéance (a one-off direct debit) need to choose this by the end of September if they have not paid this way before, and the debit is taken ten days after the initial mid-October deadline.

What if I do not agree with my bill?

If you notice a sudden rise in your bill, a likely reason is that your local mairie and/or intercommunal body has hiked the percentage (however mairies’ rates are higher than the intercommunal bodies’ so are more likely to have a noticeable effect).

For example around a third of mairies were reported to be looking at percentage rises in 2020 to compensate for the Covid pandemic and other factors such as the removal of the taxe d’habitation from main homes (councils are meant to receive compensation for this, but no longer have any budget control over what is received).

Once you have received your bill, the rate (taux) should be clearly shown on this; last year’s rate is typically also shown for comparison.

Otherwise if in doubt check with your mairie as to its rate this year, compared to last.

If you want to check details of how your home’s VLC is worked out, you may request a fiche d’évaluation (form 6675) from your area’s centre des impôts foncier, usually located in the department’s main tax office.

As mentioned, these are set to be reformed in coming years, but otherwise are not usually subject to significant change unless you have reported an extension or new facilities etc.

If you wish to complain because you think something is wrong, you have until the end of the year after the one in which you received the bill to make a formal complaint.

However, in the first instance a visit to the centre des impôts foncier to discuss the problem, or sending a query via the private messaging service in your online space may be the best avenue.

If you wish, you can make a formal réclamation online, by letter or in person at the tax office. For further details and an online application link see here.

36% of mairies in France ‘to raise property tax’