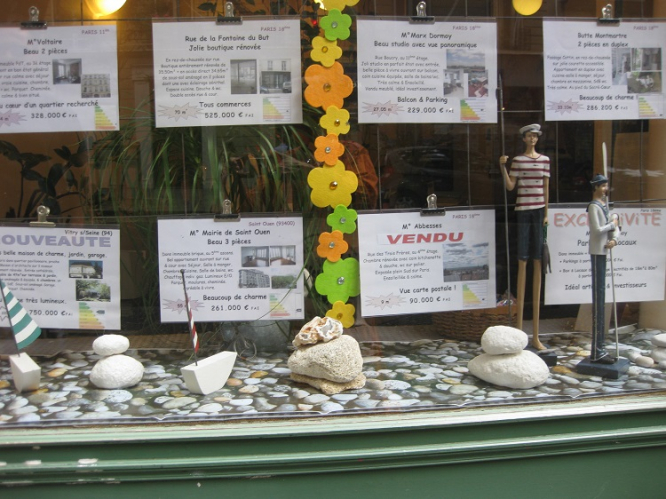 Up to 20,000 jobs could be lost as 3,000 estate agencies close due to the pandemic, real estate federation Fnaim fears.

After a record 2019, which saw more than a million residential property sales registered in France, many agencies are in “mortal danger”, said Fnaim president Jean-Marc Torrollion.

“Our members have no less than €400million in transaction fees waiting to be transferred, but are being held up by the final paperwork,” he said.
“The survival of whole swathes of the real estate profession is at stake. Nearly 3,000 agencies could close their doors in the next months, and 20,000 jobs threatened, if the network is not quickly rebuilt.

“They are certainly not the only ones hit hard by the crisis but, given the import-ance of property in French lives, the economic and psychological effects would be incalculable if the sector was lost.”

The reopening of the French Land Registry at the start of April and a decree on April 3 allowing notaires to work remotely have started to ease the backlog and get some deals concluded.

Mortgage broker Capfi said calls for new funding are down 60% as viewings are non-existent and verbal agreements are still awaiting paperwork, such as compromis de ventes, to be completed and signed.

Philippe Taboret, from Capfi, said: “Nevertheless, we still have incoming finance requests. The market has slowed considerably but not stopped. We and others are working to maintain, as far as possible, a dynamic market for a rapid restart. The Banque de France or the [state financial body] HCSF also have a role to create a good environment for borrowers.”

Technology has helped some agencies to keep busy. Beaux Villages Immobilier in Nouvelle Aquitaine has kept in touch with its mix of domestic and UK buyers so it can rebound once the future after déconfinement is clear.

Marketing director Julie Savill said: “There is a limit to what we can do from home, but some of our new measures will earn their place as permanent new working practices. We are doing three or four-way video viewings with the buyer, seller and our agents, all online together.

“Deals are moving towards completion, albeit more slowly due to the notaires being limited in how they can work.

“But website traffic has been strong. The desire to move to France remains high but must be matched by ability to move.

“Whatever happens in the next weeks or months, the domestic market is likely to bounce back hard and fast. Last year was a record year for sales and after lockdown we are likely to see city dwellers keen to shift to more rural properties with space, gardens and privacy.”

The short term will be a phase of catching up on business halted by the lockdown but the market needs a coordinated start.

Medium term, it sees “brutal after-effects” for months with a prolonged vacuum and, in a normally busy time, a fall in business. Long term is harder to predict without knowing the economic impact of the virus.

If the economy slows, the market might not restart until the end of the year or early 2021, but without 2019’s dynamism.

Notaires de France says the country is in a much healthier position than after the 2008-09 financial crisis. “Households’ purchasing power and financing conditions is better than 2009. Nevertheless, it is feared banks may tighten conditions and rethink weaker cases, especially first-time buyers.

The prognosis, as with all sectors, relies on the government déconfinement plan’s success and avoiding a second wave of virus. If it succeeds, Notaires de France says the market would “bounce back”.

However, if pandemic returns, the real estate market “will be set a tough test”, but “there is no difficulty we cannot master”.

G’day Sheila could have been b’jour Bruce
16 August 2019
More from Property
More from Connexion
Get news, views and information from France
Join the newsletter
Subscribe to The Connexion