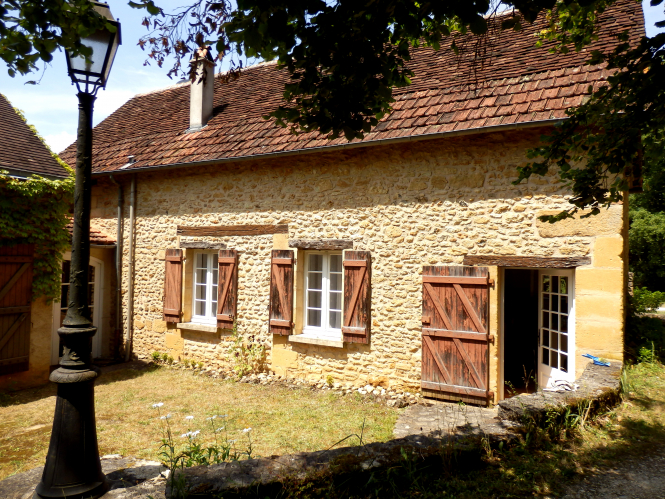 Gite owners in France have this year more than ever before been experiencing problems with more guests arriving at their property than those listed on the booking Pic: Stephen Farhall / Shutterstock

This summer, several gîte owners have told The Connexion that they have been having problems with more guests arriving at their property than those listed on the booking, which could have an impact on insurance cover, they say.

These gîte owners have cited issues with people who argue that their children do not count towards the total number on the booking, as well as groups who believe that as they have rented the property, they can fill it with as many guests as they wish.

A gîte owner based in the Cognac area has had issues not with extra people staying, but with extra beds being put up within the house.

Their property was booked for six people in four beds, but the guests turned out to be workers completing a contract nearby, who all wanted to sleep on their own and so brought camp-beds with them.

Knowing that their insurance is for up to six sleeping spaces in four beds only, the owner is now concerned that this could affect the insurance covering the property.

Gîtes de France, which groups together 42,000 owners and 70,000 properties across the country, has told The Connexion that gîte insurance terms are indeed based on the number of bed spaces in a property.

If the number of people arriving exceeds the number of bed spaces available, it will affect the guests’ insurance, which, if they are French, would normally be their public liability insurance (assurance de responsabilité civile)

Guests should be aware, Gîtes de France said, that if they wish to add more people to their booking before they arrive, they are obliged to ask their host first.

If the gîte owner accepts this alteration, there is no issue. However, if they do not and an accident occurs that causes damage to the property, the guests might not be covered as they will be in breach of the terms of their insurance.

However, these rules only apply to overnight stays. During the day, guests can invite others to join them in the gîte, as long as the numbers do not exceed any limits set by the host.

In addition, if the host notifies their guests of any further rules or conditions – regarding, for example, use of the pool or garden area – these must be observed.

A summer of problems for gîte owners

Melissa Miller, who runs a gîte in Monflanquin (Nouvelle-Aquitaine), told The Connexion that based on her own experience and discussions with others on social media, issues with extra, undisclosed guests appear to have become more common this year.

“I think it’s probably because of Covid,” she said. “People are all trying to get into gîtes because they’re safer.”

She added that, with more people travelling to holiday destinations by car and fewer by plane due to Covid-19 restrictions, it is now easier for friends and family to join guests at the last minute.

“Some people have been approached about the additional guests and then become aggressive; how do you charge them more? You can’t enforce anything.

“We’re all doing the best we can. We put exactly what and who we expect on the booking.

It would be better if they would just ask me beforehand, because now I don’t know where I stand with regards to things like the taxe de séjour [a tax per night’s stay that is collected on behalf of local authorities].”

It is not just extra adults that pose problems for gîte owners, but also guests who arrive with previously unmentioned babies and pets.

According to Ms Miller, small children should be included on the booking so that hosts can make sure that safety measures such as stair gates and barriers around the pool are put in place.

“As an owner, the concern becomes yours,” she said, adding that animals such as dogs can potentially disturb neighbours with barking, or trigger allergic reactions in future guests.

Emma Roberts, who has been running a gîte near Duras (Nouvelle-Aquitaine) since 2014, added that, by law, hosts should have a record of the names of all their guests, for reasons including taxe de séjour collections.

She said: “If for some reason there was an incident, and the police got involved they would arrive at the house and you would not be able to account for all the people that were there.

“When you live rurally, the thought of having extra, unknown people coming to your property doesn’t make you feel very secure.”

People booking to stay in a gîte enter into a two-way contract with their host, requiring “trust” on both sides, Ms Roberts added. “Bringing more people than you originally booked abuses that.”