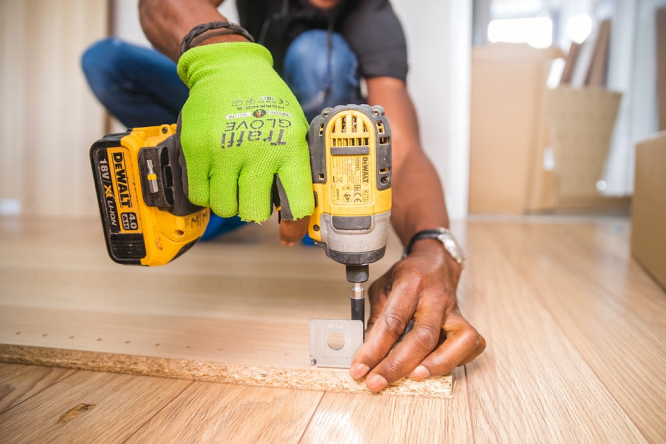 Green certification is all the rage in France, but it comes at a price... Connexion October print edition
By Connexion Journalist

A common theme running through all the schemes is that the work on your house has to be done by artisans who have the RGE certificate. RGE stands for Reconnu Garant de l’Environnement – recognised as a protector of the environment. The qualification is relatively new and was first linked with government environmental schemes in 2015, making it virtually compulsory for artisans in the sector, for whom it has become an expensive annual “tax”.

Although it is a government certification, the handling of the process has been outsourced to five associations or private companies. Some specialise in certain sectors, such as boilers, like the Qualit’EnR association, and others in the building trade in general, such as Qualibat. Artisans wanting the qualification must be prepared to dig into their pockets, follow a short training course, and build an application file. They should have at least a CAP (certificat d’aptitude professionnelle) qualification from a French training establishment, or equivalent foreign one. UK qualifications have been automatically accepted in France as part of EU regulations.

Could you be eligible for a home improvement grant in France?

How Brexit will affect the schemes

The Brexit With­drawal Agreement states that qualifications of existing British residents will still be recognised after the transition period as long as they applied for a validation process for them. The EU and UK could agree ongoing recognition as part of the future relationship deal, but this is currently in doubt. In the application, artisans must show they have administrative and legal registration, including insurance guaranteeing their work for 10 years.

If a company applies for the registration, at least one named individual working in a technical or operational field must be designated for RGE purposes, and they must follow a short training course. Individual artisans must also follow it. Companies are responsible for ensuring that sub-contracted workers have full RGE certification as well.

Companies and artisans must have completed at least two projects in the field in which they are seeking RGE qualification in the last four years, and must pay for an audit of two projects after obtaining the certification. A breakdown of the costs of RGE in 2017 by www.artisans-du-batiment.com estimated that individual artisans will have to pay at least €1,100 a year, before tax, to obtain and keep it.

Official environmental agency ADEME estimated, however, that RGE costs €200 to €400 a year, depen­ding on sector and type of work. It said the courses last two to five days, are normally held at a department’s main artisan training centre, and are €200-€350. They are usually funded for registered artisans out of the Feebat programme (a publicly-funded scheme to help building workers update their skills).

Find your Brexit questions answered in our help guide, Brexit and Britons in France 2020

Qualibat provided Connexion with a breakdown of costs in its sector, which it said include an initial €300 to have applications considered and two €350 audits. The audits must be done within four years if artisans have previously worked on a project that was covered by RGE certification, or within two years if they have not.

There is a course lasting three days, the Qualibat spokesman Charles Bouvier said, but he could not estimate the cost. There is also an annual fee for the processing of a questionnaire that RGE businesses have to fill out, which is €95 for individual artisans but rises with the size of business and can reach €80,000 for large companies.

Second homeowners in France: Can I get a heat pump grant?

“So it is, for an individual artisan, around €1,400 for the four years,” he said. The process has to be renewed after this. “But it is worth it because not only do you then get to work on schemes where there are tax credits and grants available for clients, but you are also registered on our website, which is the main reference for people wanting RGE-qualified people. It will cost more to advertise in newspapers or with Google.” He said 50,000 of the estimated 400,000 businesses working in building in France were RGE-qualified.

“There have been cases where businesses claimed to be RGE but when the client went to the tax office, they were told they were not, and their credits would not be paid – so it is important that people check.” See the database at tinyurl.com/yb6tuxoc. Mr Bouvier said he accepted that many business people would view RGE as a tax on small business. “We did not lobby for it or make the rules. But once the government decided it was the way to go, we were the best-placed organisation to implement it. We are a not-for-profit association.”

Does employing an RGE artisan or firm guarantee a good job will be done?

The short answer is no. For the customer, the benefit of employing an RGE-registered artisan is you can claim government aid grants for the work done – but it does not give any greater consumer protection or a guarantee of first-class work. The training for the certification focuses essentially on environmental matters, such as reducing CO2 emissions, recycling plastics and using recycled materials.