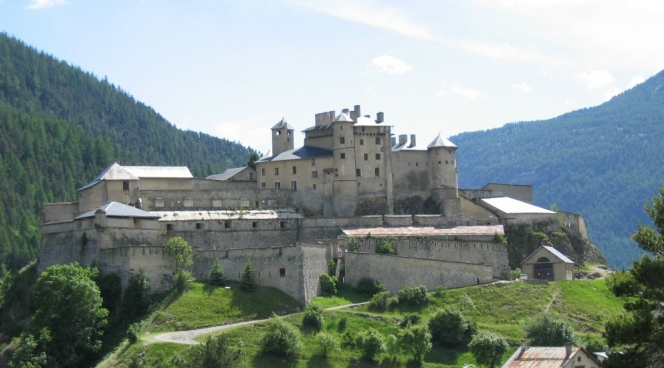 Fort Queyras, built in the 13th century, is perched on a hilltop in the commune of Château-Ville-Vieille in Hautes-Alpes Pic: Olivier Cochard-Labbé / Flickr / CC BY-SA 2.0

A historic fortress in southeast France has sold for €661,000 at auction, but - as it was originally valued at €2 million - another auction may be held for the property in the coming months.

Fort Queyras, built in the 13th century, is perched on a hilltop in the commune of Château-Ville-Vieille in Hautes-Alpes. It includes traditional ramparts, turrets, arrow slits, and dungeons; and is listed as a historic monument.

Outside of Covid restrictions, it runs visitor tours and medieval events.

An auction this weekend saw the property sold to a one Stéphane Maestro Villa, who did not respond at the auction to questions about what his intentions would be for the fortress.

He is not yet the definite owner of the property, as the agreed price of €661,000 is far lower than the previous €2 million valuation made by Aix-en-Provence estate agent Melma.

Over the next 10 days, other potential bidders will be offered the chance to make an offer from 10% over the currently-agreed amount. If offers are received, a second and last auction will be held within the next few months.

Current owner François Marty told France 3: “The telephones will be open in the next few days, as we know that there are [potential] buyers who weren’t able to travel [to the original auction] or be represented by a lawyer, to take part in this sale, due to the health restrictions affecting the country.”

Lawyer for the Marty family, Maître Anselmetti, had requested “the postponement of this auction so that we can organise other visits for possible future national and international buyers, once the health restrictions are lifted”.

But the judge had refused the request, saying “the law does not allow for postponement except in the case of ‘force majeure’. This is not the case here, within the law”.

Bidding began at €400,000. Only three lawyers representing their clients entered a bid, with the final amount ending at €661,000.

The fortress was previously owned by the army, but was sold to private owners at the end of World War Two.

It was the subject of major online “hype”, with one valuation placing it for sale at €2.8 million online in 2019, but there were no takers. In 2019, a sale was agreed, but it fell through due to the Covid pandemic.

The Marty family is now in financial trouble and a judge ordered the auction of their assets as part of a property seizure process.

The main issue with the property is that a contract in place until 2029 prevents the future owner from managing or altering the fortress for the next eight years, unless the owner buys out the commercial lease, which would incur more costs.

Claude Descombes, president of the Amis de Fort Queyras association, said: "The owner will not be able to develop the fort. It is therefore a false sale.”

Alpine fortress for sale on Le Bon Coin with keep, towers and drawbridges

One tower per family in this noble medieval site in France
3 December 2021
More from Property
More from Connexion
Get news, views and information from France
Join the newsletter
Subscribe to The Connexion