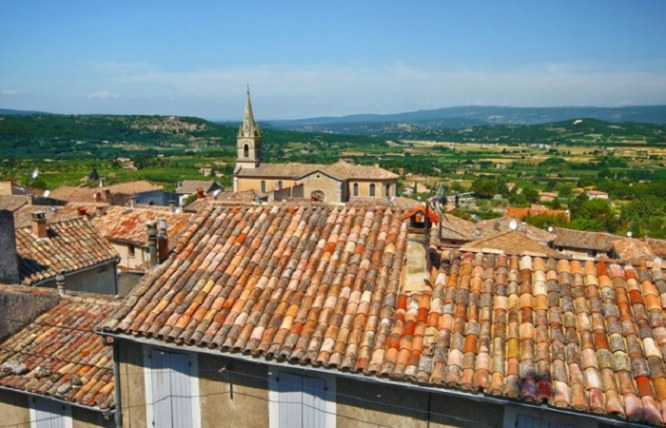 Summer is the season for fixing roofs but I don’t even think about going up there if there is the slightest chance of rain.

One slip of foot or attention and I could be a goner.

I would never have dreamed of climbing on my roof back in Britain, even if I could have figured how to get on to the thing from a ladder without putting a foot through the bedroom bay window.

I have had to learn a few self-help tricks about all three or else I would be calling someone in all the time.

That’s if I could call someone. All the roofers (charpentier-couvreur) I know of have waiting lists of six months at least and they don’t bother with small jobs.

The main thing with a roof is to keep an eye on it for problems before they get serious.

My barn roof is particularly high and impossible to see from the ground – I have to ask a friend with a micro-light to give me survey reports.

One regular issue is the advance of an over-adventurous virginia creeper and a wisteria that lifts the tiles out of alignment if it is not cut back ruthlessly.

Most roof problems, however, involve joints on the edges and in the valleys.

In downpours, I have had a irregular but persistent leak from the junction between a chimney stack and the roof proper.

So, when I know there is a dry spell, I set up my hefty three-piece ladder (or my scaffolding), which gets me to the height of the eaves.

Before getting on to the roof, I always check the gutters for rotten leaves that are going to block drainage into the downpipes.

To walk around on the tiles, I use a roof ladder that hooks over the ridge and distributes my weight. This is an expensive item to buy new for occasional use so I made my own with lightweight 4x3cm timber and casters to roll it into place.

I usually attach myself to the roof ladder with a climber’s harness and rope, from Decathlon.

For season after season, I clambered about trying to fix the leak next to the chimney.

I thought I could solve the problem by achieving a perfect seal. I squirted an expanding foam into any gaps I could find but the problem didn’t go away.

I tried bending the aluminium into various shapes and fixing tiles in place with wire so that nothing moved.

Finally, it dawned on me that a roof has a philosophy and you cannot fight against it.

This is to convey water from the top to the bottom without interruption. You have to work with gravity. The problem of the flashing was that fine rubble mortar had become stuck there, impeding the drainage of the rainwater.

The trouble is, you never know what has worked with roof repairs until the rains of winter come around again.

Then all I can do is sit inside, staring at the ceiling so that I can take notes of where the damp patches appear.

I’ve actually come to enjoy walking around on my roofs and getting to know them but there is one enormous problem for anyone as absent- minded as me.

If I can’t find my favourite hammer in the middle of a dark December night, I know just where I have left it.