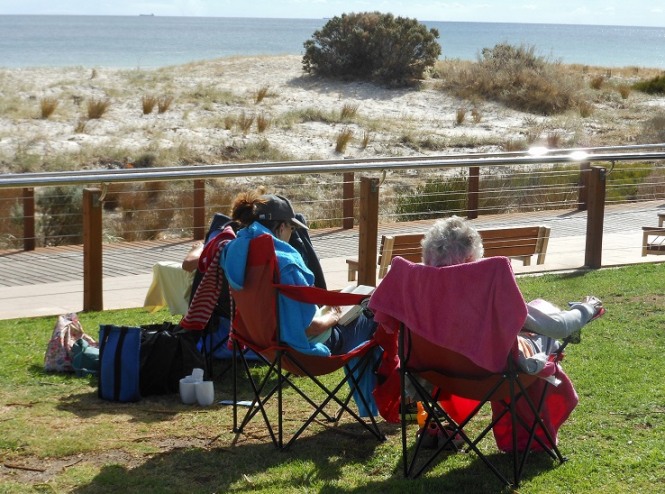 Retirement is more relaxed when financial concerns are eased. A viager could be one way to ensure that security.
By Connexion journalist

Viager sales are where vendors sell their property for a discounted lump sum, called a bouquet, usually with a right to remain in it for life and a guaranteed monthly “rent” from the buyer.

Viager mutualisé funds are a variation on the classic person-to-person sale.

The buyer is a group of investors in a large number of viagers who share profits from them. By doing so, they reduce the risk of losing money if a seller lives for a long time.

The group can be structured as an investment fund or an SCI, a comp-any set up to own property. Shares are sold to private or to institutional investors, such as insurers and banks.

Once the vendor dies, the fund resells the home.

In theory, selling to such a fund can be reassuring because payment of the rent does not depend on one person.

Such funds can also more easily take the risk of a property belonging to a couple, where both wish to maintain a lifetime right to stay (called a viager sur deux têtes) so it may be easier to sell quickly to such buyers in this case.

However, Hervé Odent, chairman of Paris-based Etude Lodel estate agency, which has specialised in viager sales since 1942, argues it is best to sell to a clearly identified individual.

“For the sellers, it is imperative to make sure the deal is signed by an actual person taking individual responsibility because if they stop paying the rent, courts are very quick to jump on individuals but much slower to act on companies,” he said.

A notorious example was a case from 2014, where a US company called Live Invest­ment entered the viager market in the south of France and then stopped paying rents, with some people not being paid for five years.

The mess was only sorted out when administrators let a French bank take over the properties andthe viager contracts that Live Investment had taken out.

Having said that, a seller is – at least in theory – protected by the fact that the notaire drawing up the viager contract will include a right for the seller to recuperate ownership if the buyer does not pay the rent.

Mr Odent said English speakers are a small but significant part of the viager market in France, with most of the sales being in Paris and the south.

“Because the market is so investment-driven, buyers are most interested in areas like Paris where the property market is dynamic and going up.

“It is much more difficult to get them to buy an isolated rural property because, at the moment, rural property prices have not recovered from the big fall they saw after the 2007 crisis and the market is flat.”

He said that, under current market conditions, most viager deals are done within six months of the sellers putting the property on sale.

“It is a very good deal for people who do not have children, because in that case it is the state which benefits most when you die,” he said.

“People see that they can have a little more money to make things easier by selling under the viager system. For buyers, almost all the interest is in contracts where people stay in their home or rent it out if they have to go into old-age homes.

“Some do it for a place for their own retirement but for most it is a simple property investment.

“There are no official records of viager sales, so it is not possible to give a definitive answer as to whether there are more now than before,” Mr Odent said.

“However, given our own business and talking to others in the market, we estimate that it is growing at roughly 3% a year.”

In most cases of viager sales, the buyer buys the property outright and the seller only maintains a droit d’usage et d’habitation, a right to continue living in it, but no actual ownership rights.

In a minority of cases, the seller maintains a partial ownership, called keeping the usufruit (see right about the viager nue-propriété).

These are both forms of viager occupé, which is the usual system, as opposed to viager libre, where the property is vacated by the seller and the buyer can use it immediately.

When looking into the viager, you will come across two legal terms: débirentier and crédirentier.

The former refers to the buyer and the second to the seller (the person to whom a rent is due).

Anyone who knows of a seller’s health and the possibility that they have a condition that may lead to early death is banned from buying through a viager.

How ‘bouquet’ and monthly ‘rent’ are set

The way a viager sale is divided – what proportion of the price is in the lump-sum bouquet and what part is in the monthly rent – is key to the deal.

In theory, the negotiation is open but guideline tables are used by professionals.

Hervé Odent, of the Etude Lodel agency, said: “They have proved their worth for sellers and buyers.

“If sellers want too much as a lump sum, the attractiveness of the deal for buyers is reduced.”

The amount of the bouquet is determined by the age of the seller, their financial situation, and the property value.

Viager bouquets vary between 0% and 50% of the value of the property. Most are around 30%.

Rents are worked out using a complex calculation that takes into account the amount of bouquet, the seller’s age and how much the property could theoretically make if it was rented out.

Bouquets can be higher than 50% but those risk attracting the attention of the tax authorities, concerned it may be a scam as the lump sum paid as a bouquet is not taxable.

There are also more exotic viager arrangements, including one called vente à terme.

Translated as “forward sale”, it involves paying a bouquet, and a rent determined for a fixed period only. At the end of that time, which can be up to 20 years, the buyer takes possession of the property, whether the seller has died or not.

Another variation is viager nue-propriété, which creates a legal separation between the use of the property and the ownership. Sellers are able to rent out their properties until their death if they wish to do so, but they will receive less rent from the buyer.

Another is the viager with a higher rent but no bouquet, and there is also the viager sans rente (with no rent).

The latter’s advantage for the buyer is that the property can then be used as collateral to take out a mortgage loan, but if they do so the larger-than-usual bouquet means they may end up paying more than in a classic viager if the seller dies early.

‘It took us seven weeks for our sale to go through’

A married couple of Connexion readers, who asked not be identified, shared their experience in selling their house via a viager:

“We were just over 70 and, as it happened, my wife had strained her ankle so hobbled when we went to sign,” the husband said.

“However, you mustn’t have an illness which kills you within three weeks of signing: if you do die then, it’s called off.” The estate agent they used produced tables to calculate the bouquet and the rent, based on age.

However, he said the combined premiums ended up being nearly double what they had been paying before. The estate agent found two potential buyers, both of whom wanted to buy as investments for their children.

“One family dropped out after seeing our scruffy garden, the other stayed,” he said.

“It took about seven weeks to go through the notaire’s procedure, which is just like any other property sale. The notaire can give you the buyer’s deposit before the sale, but it’s not immediate.”

Just like in some ordinary transactions, a small refund of notaire’s fees came months later.

As with the insurance, tax responsibilities are also shared in a viager sale. The buyer, once becoming the owner, pays the taxe foncière, and the seller, if they continue to live in the property, pays the taxe d’habitation.