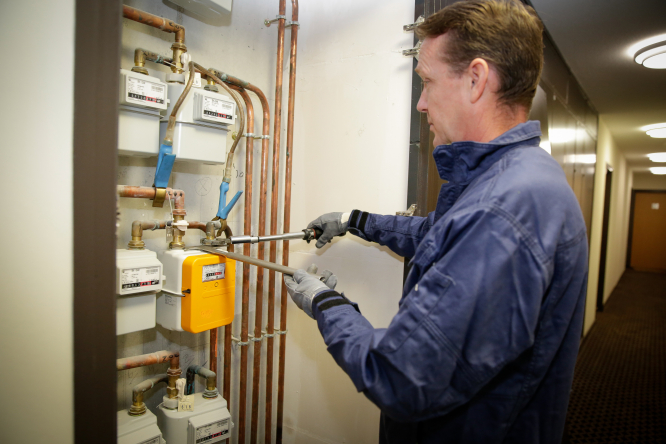 National gas distributor GRDF is expanding its programme to fit new ‘smart’ gas meters across the country with a target of 700,000 in 30 areas by the end of this year and a total of 11million by 2023.

Like smart electricity meter Linky, Gazpar collects usage details automatically and will let consumers see their daily gas consumption (but not in real time), set an upper limit on use and compare their usage with other similar households to check if savings can be made, and avoid the disruption that comes with physical meter readings.

Also like Linky, it has been criticised by groups unhappy that its data collection intrudes on privacy by collecting details on their home lives – it may be able to tell when you shower, use the gas cooker or go on holiday – and its use of 169MHz radio waves to send the data to GRDF for billing etc, as they say this will affect users’ health by exposure to electromagnetic waves.

With the installation costing €1billion, opponents also doubt it will, as claimed have no financial cost for gas users. GRDF says it will benefit from reduced costs in areas such as billing – and will also make a €850million energy saving on physical meter readings.

It will also speed things up for the various gas supply companies in the sector as GRDF can give usage totals every month rather than every six months thus simplifying billing and reducing complaints plus allowing the various tariffs to be more easily understood.

In November, meters will be fitted in Lens, Pas-de-Calais; Arcueil, Val-de-Marne; Sceaux, Hauts-de-Seine; Le Blanc and Chaillac, Indre; Grenoble, Isère, and Marseille, Bouches-du-Rhône. That will mean a total of 700,000 meters fitted over the last half of 2017 and GRDF aims to speed up next year to hit one million and then up to 2m per year.

The roll-out comes after tests in four areas – Hauts-de-Seine, Le Havre, Lyon metropôle and the north of Côtes d’Armor in Brittany – where 130,000 units were fitted in 2016.
The company aims to ease any tensions over the roll-out by repeating the regular information meetings that were held in the test areas.

GRDF managing director Edouard Sauvage said: “This pilot phase went well, thanks mainly to our engagement with local councils, consumer groups and the different parts of the industry since the start of the project.”

Consumers who are due to have a Gazpar meter fitted will receive a letter a month before the due date with advice on what to do next.