Seek answers to restoration queries and ye shall find 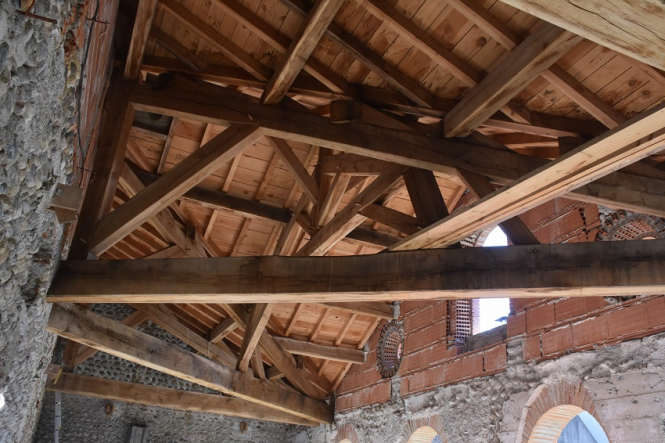 One thing I have learned while working on my house is how much knowledge there is around me if only I ask.

Over the last 16 years I have made several good friends who know a lot about traditional architecture. Books and websites only tell you so much: the real wisdom is passed around by word of mouth.

Recently, I organised a tour of one old house with my local heritage association.

Its owner, Eric, opened my eyes to things I might not otherwise have thought about.

He is restoring an impossibly large house.

Not only is he doing as much work himself as he can, but he insists wherever possible on using traditional materials and techniques, even if this means several years recovering some forgotten local method of building by trial and error.

When he comes up against a challenge – for example, how to reproduce a missing section of plaster cornice – he reads up on the subject, looks around at local examples and experiments until he finds a workable and appropriate solution. He’s not doing things the hard way out of romanticism.

His reasons are clear. The main one is that ancient and modern materials do not always go well together. The traditional building materials of old French houses – such as timber and lime mortar – have a plasticity to them.

They settle and move over time, while steel and cement are expressly designed not to budge. Combine like with unlike and it can lead to cracks, leaks and other unwanted side-effects.

Another reason is the fascination of discovering the history of each traditional material and understanding why things were done in the way they were.

Eric’s third reason is very personal, but one that I have sympathy with: he gets great pleasure from working with natural materials.

A prefab concrete or steel lintel will span an opening quickly but you get none of the satisfaction of choosing a piece of timber at the local sawmill and preparing it yourself for its new purpose. The great gift of all DIY is that it humbles you: it teaches you that there is always some new skill to learn.

Not that Eric is a fanatic. When you work on an old house, you cannot afford to be too much of a purist.

In particular, you have to learn to negotiate the fine line between restoration and renovation.

There is no exact distinction between these two but, as Eric says, to restore a house is to recover the original look of it when it was first built, whereas to renovate is to do whatever is necessary to make it comfortable for modern life.

Restoration, in an extreme sense, would mean ripping out the wiring, cooking on a range in the hearth, and using a hedge or chicken coop as a toilet.

Modern conveniences – electricity and plumbing – have to be incorporated but they don’t have to interfere with the structure and look of the house.

Creativity can go alongside conservation.

The aim is to keep the building alive and in evolution, not to pretend that nothing has changed in the last 300 years.

Every old building is given new life by each generation of owners and it must serve current needs while retaining its ancient charm – a charm that the 21st century does not find easy to emulate.