Two-bed apartment in French Med resort up for auction at €3,000 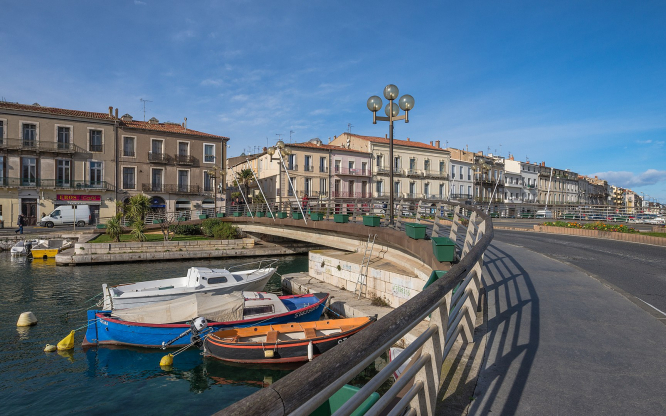 The apartment is in the Mediterranean resort of Sète Pic: Christian Ferrer / CC BY-SA 3.0

A two-bed apartment in a popular resort on the French Mediterranean coast is up for auction later this month - with bidding set to start at just €3,000.

Unfortunately for bargain hunters, it is expected that the price will increase rapidly when the home goes under the hammer on May 17. The 50m² third-floor apartment in the Hérault resort of Sète is reportedly in reasonable condition and is currently empty.

The apartment's previous owners had fallen behind in payments to the building co-proprietors for the upkeep to common areas to the tune of some €5,300, according to legal documents linked to the sale (pdf).

The low starting price was the sum 'offered by the prosecutor' handling the debt.

Regional newspaper Midi Libre estimated that the property was actually worth in the region of €134,000 at current market value. It also noted that a one-bed apartment with covered parking is for sale at the same auction with a starting price of €80,000.

A public viewing of the property, on rue Pierre-Sémard in the town, will take place on Friday, May 7, at 14:00.

French property 2021: House sales are down but prices rise