How virtual reality can treat phobias 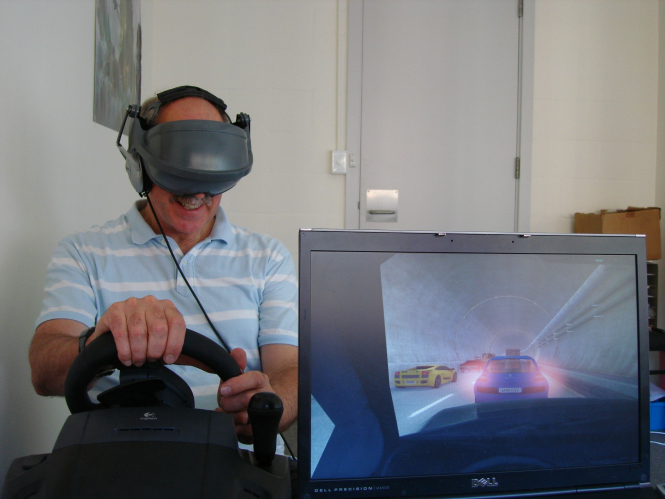 The Assistance Publique hospital in Marseille is carrying out a series of studies to determine if the method could be used for people with a fear of heights, people with long-standing depression, and for veteran soldiers with post-traumatic stress disorder.

The headsets have already been used alongside cognitive behavioural therapy to treat claustrophobia and agoraphobia.

They allow patients to confront stressful or frightening experiences in a safe environment, in the company of a therapist, who works with them to help them overcome their fears and in time modify their emotional reactions to their phobia or anxiety triggers.

It is more controlled, cheaper and easier than attempting to recreate real-life situations. It can also recreate situations which would normally be too difficult to recreate like a proximity to spiders, or being in an aircraft. On average only 10 sessions are required, in contrast to 52 sessions with a psychoanalyst.

The technique is also used successfully to help people not just stop smoking, but resist taking it up again. In this case, the reality presented includes common scenes in social settings where an ex-smoker might be offered a cigarette. The experience allows the patient to practice saying no.

Pierre Gadea, co-founder of C2Care, the company that supplies the virtual reality headsets, told The Connexion that their preliminary studies showed that patients like the method, and 65% of them found the treatment reduced anxiety and phobias.

“A study of 200 people, mostly with arachnophobia, showed that the vast majority of respondents found the treatment better than psychoanalysis and/or cognitive behavioural therapy, which used to be the main treatments for these problems.”

He says doctors like it too: “It has been scientifically proven to work, and doctors like things that work.” However, he says that because the use of virtual reality is so new in France, there are inevitably some detractors, particularly amongst psychotherapists.

“Virtual reality as a treatment for anxiety and phobias is currently only available in Paris and Marseille,” he added. “But we have now started marketing the equipment all over France, so very soon patients all over the country will be able to try out virtual reality treatments for themselves.”