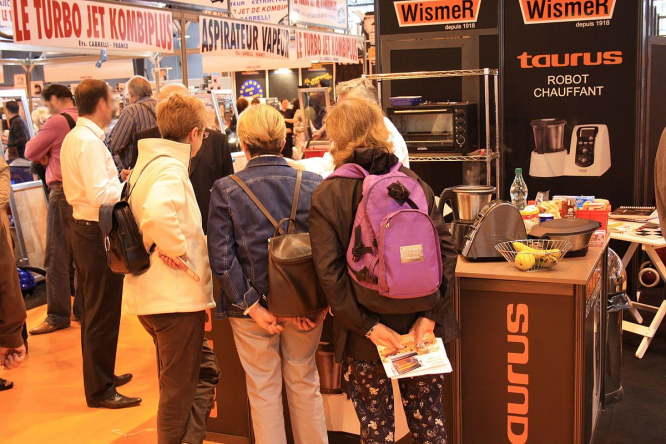 Nearly 600 inventions have been wowing Parisians at the 117th Concours Lépine, part of the annual Foire de Paris.

The award-winners at the prestigious event will be announced on Monday evening, ahead of the final day of the fair on Tuesday.

Some 700,000 people have seen 583 new inventions - from a sensory wheelchair, and special glasses that allow patients with the neurodegenerative Charcot disease to communicate, to pickpocket-resistant bags, and a weather-powered central heating system that developers say cut heating bills by €800 a year - at the popular event at the porte de Versailles.

The judges' task is a difficult one. The 56 people charged with deciding which inventions are worthy of one of the 280 prizes available - including the prestigious President of the Republic's Prize - have to choose between devices ranging from a drone equipped with an oxygen tank and a geolocation device to help find and rescue shipwrecked sailors to comfortable cycle seats.

A total 80% of the inventions on show have never been on public display before.