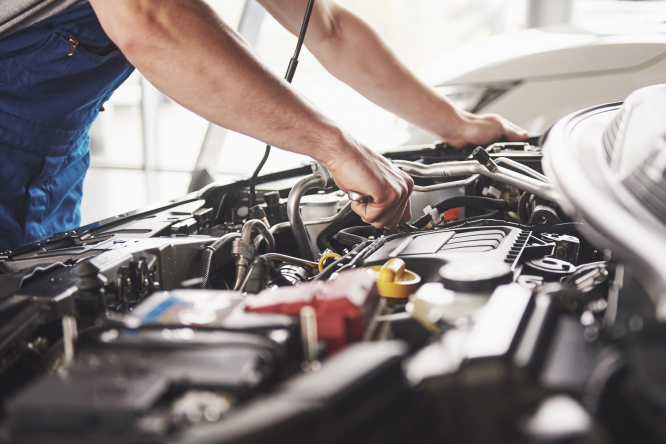 The new law has been welcomed by the head of the French Insurance Federation, Florence Lustman, although it is unlikely to make much impact on drivers’ premiums, she warned Pic: Standret / Shutterstock

It is the result of decades of campaigning by trade bodies and drivers’ associations, which claim France has some of the highest prices for replacement parts globally.

The monopoly – covering body work, glass, headlights and mirrors – was introduced in the 1970s after a series of horrific accidents blamed on cheap replacement car parts failing at high speed.

He said savings could be even greater if the government completely removed monopoly rights.

Under the new law, included in the mammoth climate and resilience bill passed this summer, glass will be removed from the monopoly from 2023. However, for other parts concerned, only ‘first level’ part makers – those who supply car manufacturers directly – will have the right to sell parts to the public.

Other manufacturers have to wait for a 10-year period to pass after the part was first registered in France, which is usually when a new car model is introduced.

With models typically being changed every three to five years, it means that only older cars will benefit fully.

“Even with the change, France is still an exception in Europe and we will be fighting in Brussels to try to ensure greater EU harmonisation,” said Mr Séguran.

The new law has been welcomed by the head of the French Insurance Federation, Florence Lustman, although it is unlikely to make much impact on drivers’ premiums, she warned.

“Ten years is a very long time. We had pushed for a five-year period – with 10 years, you have to recognise that there will be relatively little effect on the price of car parts and hence on insurance,” she said on BFM TV.

Meanwhile, worries that car makers might refuse to honour guarantees if parts from outside their network are used are unfounded, said Mr Séguran.

He is confident parts makers would put stock directly on to the market, even though this might upset the manufacturers who are their main clients.

“The 2023 implementation date means they will be able to get used to the idea and anti-cartel laws now apply to the sector,” he said.

Ms Lustman said that in 2020 prices rose 8%, and they typically now represent 50% of the cost of repairing a car.

The new bill also promotes the use of recycled car parts, which could bring prices down further.

Only 3% of car parts fitted in France are currently recycled.

A guide to Crit’Air stickers in France

Missions Locales: Unemployed youngsters in France thrown a lifeline
2 December 2021
More from Transport
More from Connexion
Get news, views and information from France
Join the newsletter
Subscribe to The Connexion