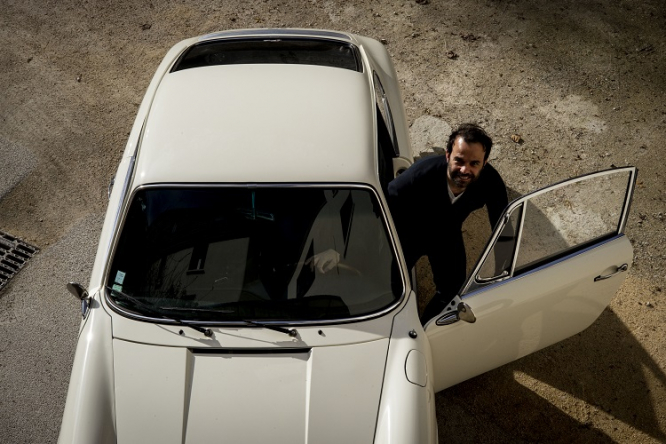 Arnaud Pigounides lobbied the government over conversions
By Connexion journalist

Such conversions are allowed in many other EU countries, including all those which border France, as well as the UK, Canada and the US.

Officials at the Centre National de Réception des Véhicules (Cnrv) are working with garages and vehicle manufacturers to sort out the details, and hope to have a decree authorising the practice published this month.

Most of the cars that have been converted so far have been expensive models such as original Minis or old Porsches but the aim of the French rule is to “democratise” the practice so “ordinary” cars can be converted.

A Cnrv spokesman said “We have not yet decided at what age cars will become eligible for retro-fitting.

“Obviously, new vehicles or those covered by a manufacturer’s guarantee will not be covered, but we are moving towards the possibility of conversion quite a long way before the cars are 10 years old.”

It is possible to find electric motor kits on the internet and perform DIY conversions, but it is unlikely that these will be authorised in France.

The spokesman said: “In France, there have always been problems with kit cars because they had a poor safety record when they were introduced illegally, and getting them road legal is difficult under our system. I do not see they will be allowed for electric conversions because it will be too difficult to ensure that the necessary safety standards are met.

“Instead it is likely only registered professionals will be able to carry out the work to the standards so that the vehicle can run legally on the roads.”

Garages in France charge in the region of €4,000 to change a petrol or diesel motor for a reconditioned one, and it is likely to cost more for an electric conversion because of the cost of batteries.

Arnaud Pigounides, one of the partners in a conversion garage called Retrofuture, said it was not possible to be sure of the price range for a conversion until the decrees allowing them have been published.

He has founded the trade group Acteurs de l’Industrie du Rétrofit électrique, which has been lobbying the government to get laws in place.

He said converting modern cars with lots of electronic systems was more difficult, and the price overall meant that, at the moment, people were more tempted to convert expensive old cars than runabouts.

He said: “I first converted a car when I was in the US but things in France will not be simple, even after the law is published.

“Each model you want to convert will have to go through an approval process, so doing the first will take a lot of time, money and effort. After that, you can convert as many cars of that model as you like.

His company website gives prices from €12,000 to convert a city run-about such as a Mini to an electric engine with 75km of range, to €50,000 for a more exotic vehicle or if around 600km of range is wanted.

Transition One, a garage in Orléans, said it will specialise in small city cars such as Renault Twingos or the Citroën C1, and the similar Peugeot and Toyota models made in the same factory, with conversions costing around €8,000.

Mr Pigounides said: “The batteries are the big cost but, after, the electricity is cheap. I don’t see every car being converted, and they can’t be used for everything, but if we are part of the electric car mix, it can only be a good thing.”

His favourite conversions are Triumph Spitfires. “I love them, but most of the early demand is for the early Porsches, so we will have to see what the customers want,” he said.

Drivers complain that not only are they hard to find, but when you do find one, it is often out of service, or does not take the plug which goes with the car. Prices charged can also be a cause for anguish, with some drivers calculating they are more expensive per kilometre than diesel.

Home charging is by far the preferred method, even though it is limited to people with garages equipped with electricity.

However, things are getting better and the Association nationale pour le développement de la mobilité électrique counted 28,000 public charging points in France in September this year, a 20% increase on 2018.

Around 60% of these offer accelerated charging with power of 14 to 22kw, which compares with 3kw from most domestic plugs.

Only 9% offered rapid charging, with power of 24 to 130kw, able to recharge most cars to 80% of full capacity in 20 to 40 minutes. The government is also urging companies to make compatible plugs and is offering a maximum of €1,860 per charger to municipalities to encourage on-street recharging points.

A new website sponsored by the government, je-roule-en-electrique.fr, has also been set up to encourage the switch to electric vehicles.

‘Airbus of batteries’ is gathering charge

France and Germany’s plan to create an “Airbus of batteries” to ensure supply for vehicles and homes in Europe is slowly advancing.

EU approval for the scheme was received in May, unlocking up to €1.2billion in subsidies, with France putting up €700million. Another €4billion has been pledged by 30 French and German companies.

One of the leaders in the field is France’s biggest battery company Saft, owned by the oil giant Total. Earlier this year, it opened a factory in Poitiers to double the amount of electrolyte it produces for lithium batteries, from 500 tonnes a year to 1,000 tonnes.

The electrolyte will be used in other company factories in China and the UK to make batteries.

Saft has another factory near Angoulême which makes nickel-cadmium batteries, used by the military, and a site near Paris.

The Angoulême site remains a prime candidate for either a pilot project factory for lithium-ion batteries creating 200 jobs, due to open next year, or one of two 1,200 job factories by 2023.

Saft did not respond to requests to talk about the “Airbus of the batteries” project.

At the moment, South Korea, China, Japan and the US dominate lithium-ion battery production.