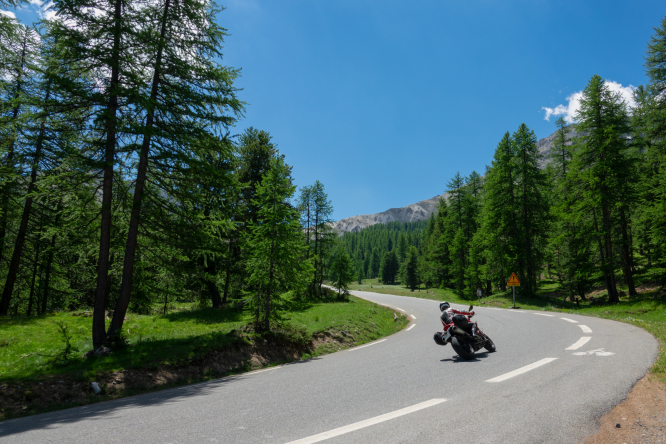 France has more motorbikes registered than any other European country Pic: Flystock / Shutterstock

A new law requiring regular contrôles techniques (CTs – equivalent to a British MOT) for two- and three-wheeled vehicles from 2023 was suspended in August until further notice at the request of President Emmanuel Macron.

It follows years of campaigning by bikers against the CT law, which the then government signed up to at a European level in 2014 to improve road safety, protect the environment and reduce noise levels.

However, if France, which has more motorbikes registered than any other European country, does not introduce alternative measures to fall in line with the EU directive by 2024, it faces daily fines.

At a meeting with biker representatives in early September, Transport Minister Jean-Baptiste Djebbari said Finland, Ireland and the Netherlands had managed to obtain exemptions from a CT scheme by tackling the EU objectives in other ways.

He promised, after the meeting, that any similar measures introduced in France would not “punish” bikers.

Committees have been set up to suggest ways to meet the targets. The group tasked with improving road safety will consider education programmes for all road users about the dangers faced by motorcyclists, how bikers can invest in new safety equipment such as airbag trousers and jackets, and how departments can improve roads to protect bikers.

On noise pollution, the government said another group will examine whether ‘sound radars’ that flash motorbikes that make too much noise should be introduced.

To improve the environment, a third committee will see if government incentives to scrap old polluting cars can be extended to motorbikes.

No date for submission of these reports has been given – leading some to suggest the consultative committees are simply a way of kicking the can down the road until after elections next year.

Are classic cars exempt from a 'contrôle technique' test in France?

Missions Locales: Unemployed youngsters in France thrown a lifeline
2 December 2021
More from Transport
More from Connexion
Get news, views and information from France
Join the newsletter
Subscribe to The Connexion