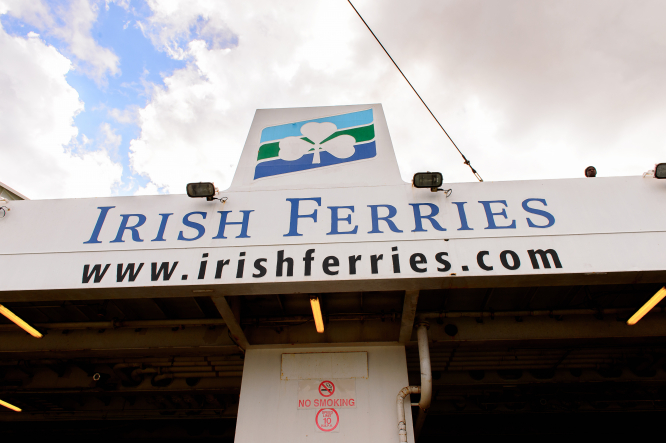 By Liv Rowland and Rory Mulholland

Unions claim the firm, which already operates between Ireland and the UK and Ireland and France, is aggressively low-cost and will seriously damage existing services and result in a lowering of standards.

Cross-Channel ferry firms are hoping holiday travel will increase after a difficult year – especially if France is listed as ‘green’ in the UK’s traffic light travel scheme this month.

Irish Ferries’ website shows Britain-France options but no dates may yet be booked. It says the service will start in June with the transfer of the Isle of Inishmore ship. A second is expected late this year and another in 2022.

The firm says it wants to “bring more choice to customers”. Freight lorries will be able to travel from Ireland through Wales and England, then via ferry to the Continent.

It says the level of passenger services will depend on the easing of Covid restrictions.

It is not known if foot passenger bookings will be offered. Rival P&O has not yet resumed these and they are not offered by the other Dover-Calais operator, DFDS. The chairman of Calais port, Jean-Marc Puissesseau, called the launch a “clear sign of confidence” in a year which also sees major infrastructure improvements at Calais.

Chief executive of Dover port Doug Bannister said he was “delighted to welcome Irish Ferries” and it would “complement the resilient services currently provided”.

However, Mick Lynch, general secretary of UK ferry union RMT, called the firm “relentlessly anti-union”, “exploitative and aggressive”, with a “bandit capitalism” model using “the cheapest labour from around the world”.

“We intend to fight this all the way,” he told The Connexion, adding that the new service would “undermine the other firms, such as P&O, that have operated for years and have recognition agreements with the union”.

He claims the firm’s low-cost model is “unsafe”. Irish Ferries and Dover port declined to respond to the claims. Meanwhile, French unions for DFDS workers wrote to the Hauts-de-France regional council denouncing “a low-cost and deadly operating model’ that “risks killing off French shipping on the Dover straits”.

A previous third Dover-Calais ferry operator, SeaFrance, went bankrupt in 2012, as did successor MyFerryLink after it was beset by legal difficulties.

DFDS told The Connexion “uncertainty remains high” for 2021, though it expects a better year than 2020. Its research shows 30% of those polled are now “more likely” to choose ferry travel post-Covid as passengers can bring their own vehicle, are not so close to others, and can spend time outside. Asked about Irish Ferries, a spokesman said: “DFDS welcome fair competition on the Dover to Calais route.

“We are confident that the flexibility and resilience of our service will enable us to continue to grow volumes on the route.”

The late summer will see a new DFDS ferry joining the route, which will be the longest on the Channel – the 216m Côte d’Opale.

Brittany Ferries, which usually offers multiple cross-Channel routes – but not Dover-Calais – says it is “plotting a course towards a brighter future” after “some of the most disappointing figures in its history”. It has promised to keep its prices the same as last year in coming months to encourage travellers.

After route suspensions due to Covid, it still has a limited France-England service and now plans to restart Poole-Cherbourg, Portsmouth-Saint-Malo and Plymouth-Roscoff on June 7 (instead of May 17), pending decisions by the UK about travel rules.

The firm said in a statement that it “hopes and expects France to turn green at the first review”.

The review has been announced for the first week of June, then three-weekly. The current amber status of France means French holidays are not recommended and a 10-day quarantine and two tests are required on return.

The UK also requires a test before leaving France to enter the UK – with France saying tests will be free to visitors this summer.

France is expected to announce a similar scheme shortly, which may affect rules on entry.

A negative test and a voluntary seven day isolation are currently required.

From July 1, an EU-wide ‘digital green certificate’ is expected to be in place for entry purposes as a standardised means to show people have had a recent negative test, or have recovered from Covid.

The EU is working on compatibility with similar schemes, or documentation, from non-EU states.

WHO recommends lifting of international Covid travel bans
23 January 2022
More from Transport
More from Connexion
Get news, views and information from France
Join the newsletter
Subscribe to The Connexion