Transavia increasing flights from France to Greece for summer holidays 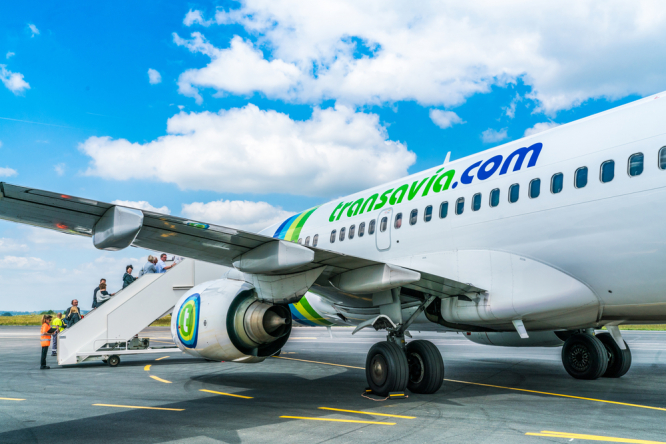 Transavia - the budget airline subsidiary of Air France-KLM - will offer as many flights in the next two months as it did over the same period in 2019, its boss has said.

"For the past few weeks, we have observed 30-to-40% more sales [compared to] the same time in 2019", Nathalie Stubler, CEO of Transavia France, told BFM Business.

Transavia will operate more services to Greece - a popular destination for French tourists - this summer than it did in 2019, she said, while flights to Spain and Portugal were also expected to be hot-ticket destinations for the French in 2021.

"There is a catch-up effect, because for a number of months we did not sell [any tickets]," she said, "but it also shows a strong appetite from customers [to travel again]."

In anticipation of strong summer demand, the airline "is going to make the same number of seats available online in July-August" as it did in 2019.

"This is already a strong catch-up: for several months we have been on take-up rates that have been largely lower than 2019," Ms Stubler said.

"In terms of capacity, we will gradually increase. We are already at about 70% in June, while we were at 50% in April during the travel restrictions."

15 hours ago
3
Covid-19: Rules for travel to and from France

16 hours ago
5
Map: in which French departments are Covid cases rising?

Guide: what aid can I get to buy an electric car in France?
26 October 2021
More from Transport
More from Connexion
Get news, views and information from France
Join the newsletter
Subscribe to The Connexion