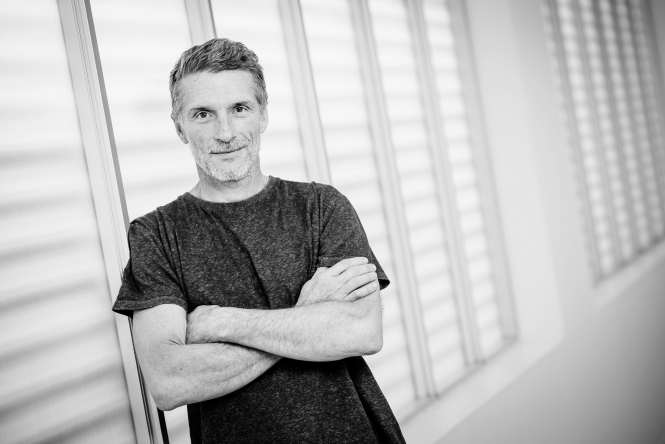 Hemp, also known as industrial cannabis, is a version of the plant where the active ingredient THC, which gives the “high” in smoked cannabis, is below 0.2%. Mr Lartizien produces it for its seeds, which are edible and nutritious.

Hemp looks identical to the cannabis grown as a recreational drug but it is legal to grow it in France.

Mr Lartizien, pictured, said: “Hemp seeds are all certified by the European Union and growers receive receipts for the seeds they order.

“There is a mechanism where local authorities are meant to be told by the European Union when hemp is grown but it does not work well, so growers often go to the gendarmes with the documents themselves to avoid problems.”

Hemp, planted in May and harvested for seeds in September, is now one of the most profitable crops for organic farmers to grow, with most getting between €3,000 and €4,000 profit per hectare.

It requires rich soil on a long rotation cycle but, once planted, does not need weeding or other treatment and is heat and drought-resistant.

Apart from being profitable, the interest for organic farmers in growing hemp is that it enriches the soil, fixing nitrogen like peas and beans.

Mr Lartizien used savings from his days as a professional surfer and investment from a surf equipment manufacturer to build a factory at Saint- Geours-de-Maremne, near Hossegor in the Landes, to process hemp. “The banks were not interested in lending to a surfer who wanted to grow cannabis,” he said.

The factory, initially equipped with machines to husk, crush and press the seeds for oil, is due to be extended next year to include an area where the stalks can also be processed for fibre.

It sells organic - bio - Made in France hemp oil to be used cold as a salad dressing, both husked and unhusked seeds, and a meal made from the seeds. “They are wonderfully tasty sprinkled over salads or added to breads,” he said.

“Above all, they are very nutritious, full of omega 3 and 6, essential oils, protein, rare fatty acids and trace elements.”

Mr Lartizien urged people to grow a patch of hemp in their vegetable gardens. Seeds can be sourced from growers in Finland or Italy.

The only French seed producer sells hybrid seeds, which he does not recommend.

“For a garden the benefits are the same as for organic farmers – you get the soil improved and you can eat the seeds.

“Plus, if you are building and renovating, you can use the stalks to make insulation material.”

His inspiration to relaunch the hemp industry came directly from his days as a surfer. “I lived for 18 years in Hawaii and travelled the world, and everywhere I heard people talking of the virtues of the plant,” he said.

“I realised it was a way to make an effort to promote it in a way which is good for the planet and for people.”

Previously, hemp was important for the rope-making and paper industries in France. About 10 years ago, a large building materials company tried to launch it as a crop grown for insulation, which did not work.

“This time I am confident we are on the right track,” said Mr Lartizien.

“The seeds are the most valuable part of the plant, which is why I started with them.”