Horses for courses... Holly’s route to a legal career 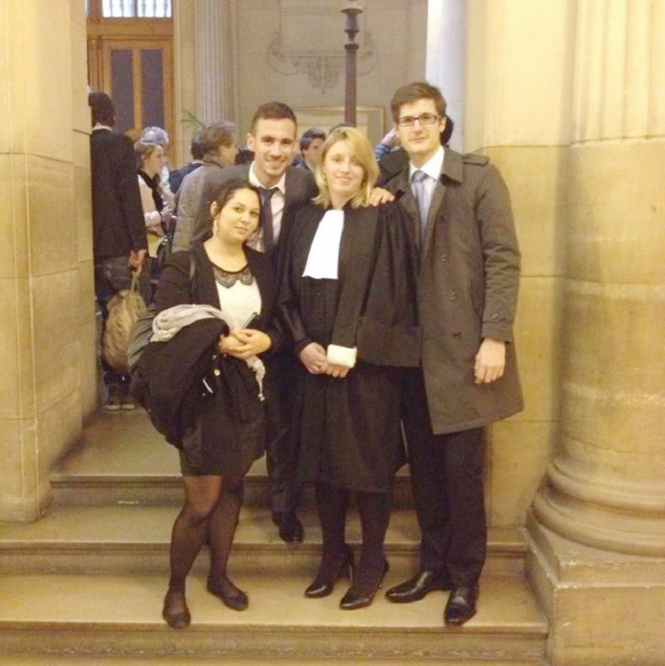 She was 11 at the time and went into cinquième year at a local school with what she described as “zero” French.

“I think I got through my first year because I learnt everything by heart,” she said. “I didn’t understand a word.

“This was rural France more than 15 years ago. The reaction was that I had to learn French and that there was nobody to help me.”

She added: “I was good at languages which helped and it wasn’t too too bad for me. It was more difficult for my younger brother. He was two years younger and he’s not a language person like me so it took more time.”

The move itself had been a big undertaking. The family was made up of Holly, her two brothers, her mother and stepfather – plus seven dogs and two horses. But they managed it in just two months.

“You just go with the flow. We got here at the beginning of September. By the middle of September, I was in collège,” she said of the initial whirlwind that follows a big move. “I didn’t have much time to think about it. All that I wanted to ‘do’ was horses.

“As long as we brought the horses with us, being in France rather than the UK didn’t make much difference. I’ve never really asked my parents why they decided to make the move, but I think it was the promise of selling a small house in England for a lot of money, buying a big house in France and having a better life.”

That dream, initially, did not go to plan. The sale of the family’s Dorset home fell through shortly after they had crossed the Channel, and the cost of renovating their French property was rising rapidly – but the family stuck it out.

Meanwhile, Holly’s love of horses would quietly mould later career decisions – though an early ambition to become a vet fell through because her maths and science marks were not high enough. “Being a lawyer was never something I wanted to be from a young age. I fell into it,” she said.

“I had always wanted to work with horses professionally, but my mother wanted me to do something else with my life. She said it’s too dangerous, and told me to work and find a way to own a horse. I finished lycée and didn’t know what I was going to do with my life so I went into law – I had good enough marks.

“I did my degree in Nantes, then I did my Masters in Paris because one of my law teachers said that if you ever do anything in the law, you have to have a Masters from a Paris university so I went to Nanterre and did business law. By the time I got to the end of my Masters, I still didn’t know what I was going to do but law school entrance exams were opening so I just put my name down.

“I worked really hard all summer. I did two months non-stop studying while working at a McDonald’s. I did the exams and by January I was in law school.”

Combining law and horses was not as far-fetched as the idea might first appear. “As soon as I started working, I got back into horses,” Holly said. “Then at the end of 2015 I went to the races, and I saw all these horses around me and it just hit me. Why don’t I go into ‘horse law’? There’s litigation, contracts, sales – sometimes there’s a lot of money at stake.

“I played around with the idea, and by early 2016 I had convinced myself that’s what I wanted to specialise in. Then I just went from there, networking and developing the concept.”

Holly, now 29, has now spent more than half her lifetime in France, but she finds her “very English” name still marks her out.

“Even after having a degree, Masters and going through French law school, I’d go to interviews and they’d ask me if my French was OK.

“I’ve been here more than I’ve been in England, so I can’t compare the two countries any more. I’m so used to French ways, I don’t realise whether they’re weird or not.

“It’s never easy, because there is a system in France – it starts when you’re in school and you have to be part of it. If you’re not, you get nowhere. You have to change yourself. You have to put yourself in the system. You can’t exist out of the system – I think that’s the most difficult part. Once you’re in it, life is pretty easy.”

Growing up in France: A six-month series of interviews with people who moved here as children