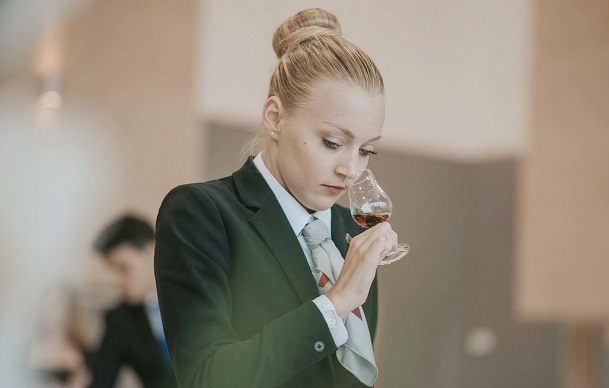 She represented France in The Georges Baptiste Cup, in Estonia where she won full marks in a blind wine tasting amongst other tasks.

When Charlotte, now 20, arrived in France, she was put back a year at school to help her learn French. She then opted for a professional bac thinking it “would be more realistic” due to only a year of French.

She did a bac pro in Hôtellerie Restauration and is now in her final year of a BTS in the same subject at lycée at Argelès-sur-Mer.

“You learn everything about the hotel industry,” she said, “including reception, management and even making beds!”

Speaking English helped her get a place on the first, regional competition for the Georges Baptiste Cup, as it was one of the required skills. She was surprised to win the first competition, but even more so when she was chosen to represent France.

Since winning, she has been flooded with job offers but first wants to do a wine course.

She said a lot of people told her she was crazy coming to France aged 15 but she says it was a good thing. “It has given me opportunities I probably would not have had in the UK. I recommend it. Go out there and take the risks!”