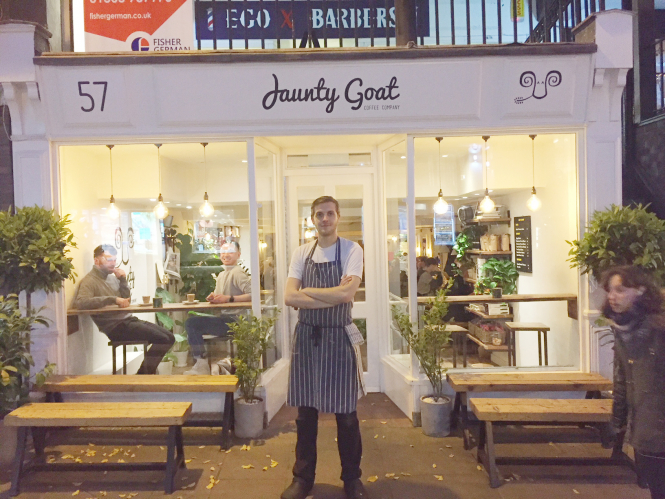 Dad Keith and mum Sharon had wanted a change of lifestyle and the opportunity for the four children to grow up in the countryside away from urban life in Stockport. They bought a watermill at Borrèze in the Dordogne which they ran as a chambres d’hôtes.

Adam remembers his first days at collège were difficult: “We arrived in the summer and had a great time for six weeks playing in the woods and swimming in the pool. Then it was time to go to school and I couldn’t speak any French.

“It was not like an English school where the walls were decorated. Here the classrooms were sterile and you had to sit at a desk all day.

“In England we had been able to do cooking, sewing and woodwork and move around, so it was definitely a challenge losing that. However, when you are listening to French all day, you soon pick up the language.”

Exams were difficult, he said, so his brevet did not go well.

One option afterwards was the Lycée Hôtelier catering college in nearby Souillac in the Lot, which has the reputation of being one of the best in France. “I remembered enjoying cooking and being good at it in school in the UK and my mum was always cooking at home so this was a chance for me. I still found the school atmosphere sterile, even if there was something practical to do.

“One day, a chef came to give career advice and he said the best place with the most opportunities was London.

“So when I had got my bac and done a further year specialising in pâtisserie, I decided to go to London where some of my French friends had already gone.

“I had always thought of going back to the UK once I had my diplomas and knew I did not want to stay in the Dordogne, which is a bit too quiet.”

In London he worked in several restaurants. Then he got a job at the prestigious three-star Waterside Inn restaurant in Bray, Berkshire, run by Alain Roux, son of Michel Roux, one of the two famous brothers.

“My French training definitely helped me get the job as it was the language spoken in the kitchens and was based on French cuisine, and studying in France has a good reputation. I stayed there for about a year. It was tough. There were a lot of us in the kitchen, all trying to impress the top chef and I think you have to be quite aggressive to succeed.

“I learnt a massive amount and made a lot of friends who I am still in touch with. When I finished, I went back to France for a short break.”

Back in Nouvelle-Aquitaine, he found work in local restaurants but it was too tranquil so he returned to London and signed up for an agency. There he gained a lot of experience doing all sorts of different work, including catering for the Queen’s 90th birthday dinner at the Guildhall. For a year he had another full-time job in a restaurant not far from London Bridge.

“Eventually, I decided I wanted to move on from London, which is hectic after the French countryside. I moved to Chester, near to where I had lived as a child, and there was a coffee house looking for chefs.

“It has been a great challenge and very enjoyable to transform the menu and now you can get varied brunches at the Jaunty Goat.

“The atmosphere in the café is really good and I can use all the skills I have learned without it being as stressful as the Waterside Inn.

“The Jaunty Goat is very popular in Chester and we have won two awards, including one for the best café in Cheshire.”

His parents still live in France and he goes back to visit as often as he can. Another of his brothers lives and works near him in the UK and the other two are studying in Toulouse and Cahors.

Adam is now 26 and, looking back, he says living in France definitely helped him become the person he is today: “It was a great experience and I do not think it is a bad thing to experience another culture and learn another language.

“It shaped me as a person and I have probably got more to offer as a chef than if I had just trained in the UK. I have always been able to find work and it definitely led to openings that I would not otherwise have had.”

NEXT MONTH: Elise Jarasse who runs a farm in Corrèze