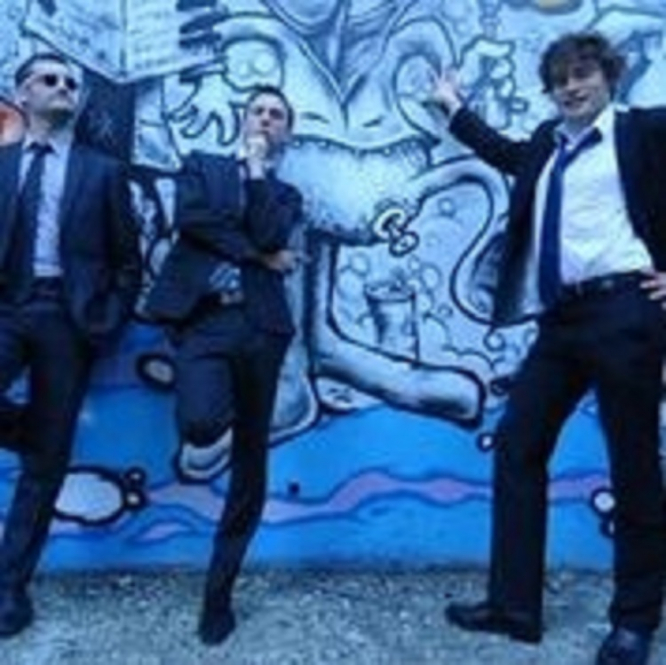 Mr Strubel said: “When we were students it wasn’t easy for us to afford our first suits. It made us question how people managed when they were in difficult circumstances.”

They realised that while some people would never be able to afford a suit for work, many others must have unwanted clothes in their wardrobes.

La Cravate Solidaire, founded in 2012, brings the two together. Unlike a charity shop’s stereotypical down-at-heel aesthetic, however, customers step out from its workshops looking sharp and interview-ready.

Mr Strubel said: “We wanted people to have a choice of outfits, which is why it initially took us eight months to collect enough clothes to start dressing people.”

Their first beneficiary made the charity’s founders realise they needed to do more than simply provide an outfit.

Mr Strubel said: “The suit gives people confidence in themselves. But they have to be able to get that confidence across in an interview, hence the fact we now also give mock interviews, provide feedback, and take a CV-ready photo.”

There is no single demographic profile for the people the charity helps. The majority come via partner associations, as part of a longer process of helping people to find their feet in the workplace, but some contact them directly.

Mr Strubel said: “We’ll always help them. Our only condition is that they are seeking work.”

La Cravate Solidaire has now helped more than 500 people, 63% of whom have since found work. “You have to re­mem­ber that it is not just us, though. We add the finishing touches to help which people have had from other associations.”

Michel, one of the their beneficiaries, found himself unemployed after 50 years. He said: “La Cravate Solidaire gave me the helping hand that I needed. It helped to set me back on the right path and gave me a healthy dose of motivation.

“Having the appropriate clothing and some good advice gave me the confidence in myself that had been lacking and made all the difference at interview.”

A few weeks later he was back in employment.

The charity has three paid staff and two young people doing their service civique – a voluntary public service programme. It also draws upon a network of 110 volunteers, from image consultants who help with the cut of a suit, to HR professionals who give mock interviews.

Mr Strubel is not surprised they have attracted so many people willing to give time and expertise to the project: “Our generation wants to do more than just earn money and book holidays. I enjoy the fact that I am doing something useful.”

As well as the volunteers, La Cravate Solidaire needs ordinary people to donate clothes. If you think you may have some appropriate outfits in your wardrobe, you can pledge them via the website lacravatesolidaire.org

In and around Paris, making a donation is simple, but elsewhere you may have to wait until there is enough demand for someone to come and collect the clothes. Those in Lyon may not have to wait for long, as La Cravate Solidaire is looking for a base in the city.