'Card only': Can shops in France refuse cash payments due to Covid? 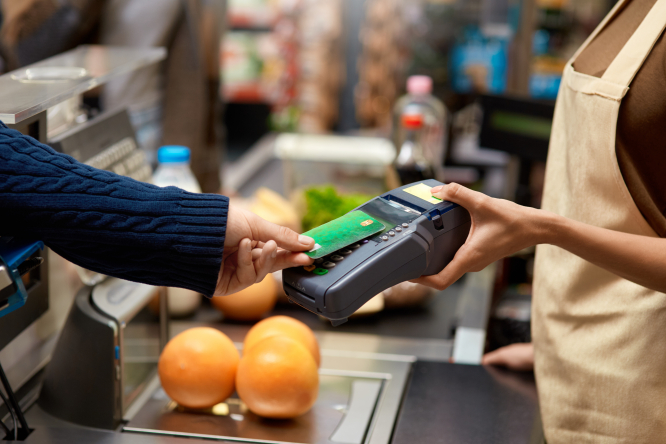 Reader question: I’ve seen a lot of places ask for card-only payments because of Covid. Can shops in France refuse cash payments?

The Covid-19 pandemic has resulted in a rise in card payments in France, but customers should know that French traders are not legally permitted to refuse cash payments.

In early 2020, mounting fears that Covid – which is reported to be able to survive on certain surfaces for several hours – could potentially be spread via notes and coins only served to accelerate a growing card payment trend.

Many shopkeepers encouraged the use of contactless card payments, with signs reading espèces refusées (no cash) or paiement par carte bancaire uniquement” (card payments only) appearing in shop windows.

In a June 2020 survey by the European Central Bank on the impact of the pandemic on cash trends across EU countries, one quarter of French respondents reported that they had had a cash payment refused during the Covid crisis.

However, this is not legally enforceable. Article 642-3 of the French penal code states that traders cannot “refuse cash payments for the settling of accounts,” and they can be fined up to  €150 for doing so.

Cashiers can however express a preference for card payments, and can limit cash payments to certain tills or self-checkout machines.

In general, shops do not have to accept cash payments if:

The rise of contactless

A gradual movement towards card payments had already been observed for several years, with contactless payments having nearly doubled every year since 2016, according to the Banque de France.

In 2019, cash was still the most common means of payment in France, totalling 59% of transactions, but the pandemic served to accelerate the growth of contactless card payments.

The June 2020 European Central Bank survey found that 44% of French respondents – higher than the Eurozone average – believed that euro notes were a vector of Covid transmission, and 38% were afraid that they would fall ill if they got too close to a shop cashier.

In April 2020, the French Ministry of the Economy and Finance announced that the upper limit for contactless card payments would be raised to €50, to enable people to avoid exchanging physical money or touching a card machine.

The European Central Bank study showed that, by June, 49% of French participants were opting more regularly to pay with contactless, while 39% were using cash less often.

Two-thirds of French respondents had made their last transaction by card – 39% using contactless – compared to only 26% choosing to use cash.

As they looked forward to the end of the pandemic, 86% of French participants predicted that they would continue to favour card payments over cash.

By October 2020, the Banque de France was recording a reduction of 21% in the number of notes being withdrawn from ATM machines in comparison to the same period in 2019.

However, as the pandemic slowly released its grip in June 2021, a YouGov poll showed that although 72% of French people planned on using a debit card after the end of the Covid crisis, 55% also envisaged using cash regularly in the future, more than the global average of 51%.

Only 15% saw themselves using mobile payments using a device such as Apple Pay, compared to a worldwide average of 37%.

The study surveyed nearly 19,000 people from 17 countries across the world.