Do French health passes for non-EU visitors have an expiry date? 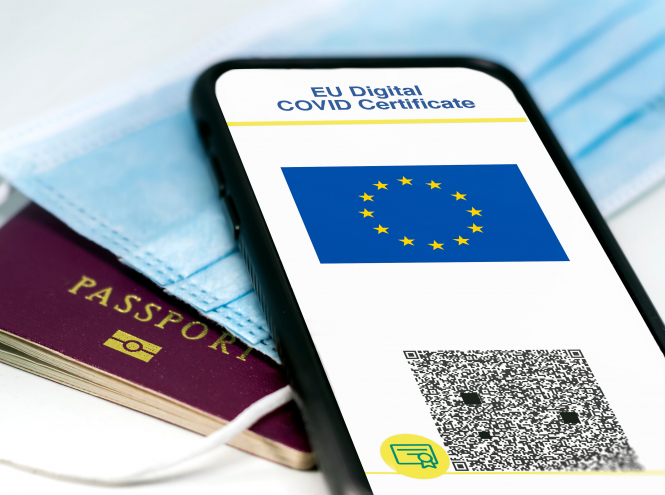 We are a Canadian family who visited France over the summer and were able to obtain a health pass through the government’s email application service. Will this pass continue to be valid or will we need to reapply at a pharmacy when we return to France?

Over the summer, people from most non-EU countries including Canada and the US, whose vaccination documents are not compatible with France’s health pass app, were required to apply for a QR code through the French Foreign Ministry.

This could in turn be uploaded to the TousAntiCovid app and used as a health pass.

The process initially involved sending an email to a Ministry service, but this was later replaced with an online portal through which travellers could submit the documents themselves.

Many tourists reported delays in the processing of their requests and never received their health pass although many also did obtain their QR code as planned.

This code can be printed out or uploaded to TousAntiCovid, and “its duration will not be limited,” according to a press release published in August by the French Foreign Ministry.

The Connexion has contacted the Foreign Ministry to confirm that this is still the case but we have not yet received a response.

However, the fact that the QR codes of people vaccinated in France do not expire suggests that the same will apply to foreign vaccination documents converted to the French format.

You can double check that your QR code is still effective by entering the TousAntiCovid app, tapping ‘Open my wallet’ and looking at your recent certificates. Any invalid codes will be accompanied by a red ‘Expired’ label.

This could well affect visitors to France from the UK, as vaccination certificate QR codes generated by the NHS app expire after 30 days.

Read more: French health pass and UK QR code: What to do if certificate expires

A new system for non-EU tourists

A newly-implemented system requires that visitors to France from countries whose vaccination documentation is not compatible with the TousAntiCovid health pass app visit one in a list of participating pharmacies to request a QR code.

The individual must present their passport and vaccination documentation to the pharmacist.

The vaccination certificate must be in its original paper form and contain the person’s full name, date of birth, vaccination date(s), the vaccine used (and batch number if possible), the number of doses and the country in which they were received.

This process comes at a cost of up to €36 per person.

Read more: How can I convert my US vaccination documents to a French health pass?

Government information service santé.fr states that – once it has been obtained from a pharmacy – the health pass QR code can be scanned into the TousAntiCovid health pass app and “stored indefinitely.”

Therefore, once you have converted your documentation once, you will not have to do it again.

“Once the app [has been] downloaded, the QR code needs to be scanned with the app to import it in the app,” santé.fr states. “It is also possible to take a picture of the vaccine equivalency health pass issued by the pharmacist to keep a digital copy.”

Chateau an hour from Paris available to part-own for less than €60
13 January 2022
More from Covid-19
More from Connexion
Get news, views and information from France
Join the newsletter
Subscribe to The Connexion