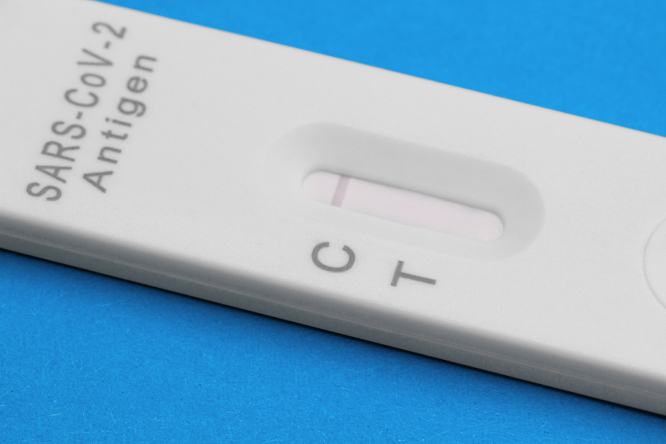 It is not certain the staff at your pharmacy will know if their tests meet UK standards Pic: Staukestock / Shutterstock

Reader question: I understand that a lateral flow, antigen test, is now acceptable to be taken in France before entry to England. They are quicker and cheaper, but do they meet the required criteria?

The UK government states the accepted Covid-19 tests for entering England are:

Additionally, the test must meet performance standards of ≥97% specificity, ≥80% sensitivity at viral loads above 100,000 copies/ml.

Unfortunately, the only sure way to find out if an antigen test sold in French pharmacies meets UK performance standards is to ask at the pharmacy.

However, it is not certain the staff at the pharmacy will know if their tests meet these standards.

The Connexion phoned 10 pharmacies around France and none were able to say for sure if their antigen tests met the UK standards.

Pharmacie Centrale Servannaise in Saint-Malo said they strongly believed their antigen tests would be accepted for travel into the UK.

Several other pharmacies, such as Pharmacie la Flèche in Bordeaux and Pharmacie Lafayette Alienor in Périgueux, said they believe their tests will meet the standards as customers are issued with a certificate with an EU-standard QR code compatible with France’s health pass.

It is not clear how airline or travel authorities will be able to check if an official rapid antigen test issued by a pharmacy in France meets UK standards.

Having said this, one Connexion staff member recently travelled back to the UK via Amsterdam, with a pharmacy antigen test that was supplied with the EU-standard QR code, and the certificate was rapidly checked at Amsterdam before the flight to the UK, and not at all in the UK. What is more, we have not heard reader reports of French antigen tests being refused.

We believe therefore – though we cannot guarantee this – that French pharmacy tests are likely to be acceptable and it is in any case probably unlikely a border official will have the inclination, time or expertise to check this very technical point.

One Connexion reader told us that they booked two rapid antigen test with the local nurse in their village in the department of Lot-et-Garonne for their two British friends to return to the UK, and the Ryanair travel authorities accepted these tests after a short period of deliberation. The tests cost €13 each.

We note that the UK rules also mention several points about what should be included on the test certificate including your name, which should match the name on your travel documents, your date of birth or age, the name of the test provider and their contact details and details of the device used for the test if it was not PCR. The latter, notably, is not always included automatically, so we would suggest also mentioning this point.

Etias: New €7 fee to come into Schengen zone is not Brexit related
Why some ‘fully jabbed’ people in France must still quarantine in UK
The rules for children and travel from France to the UK

French ‘RoboCrop’ pilot scheme could be solution for small-scale farms
15 October 2021
More from Your Questions
More from Connexion
Get news, views and information from France
Join the newsletter
Subscribe to The Connexion