How does 90-day rule work for non-EU parts of Europe? 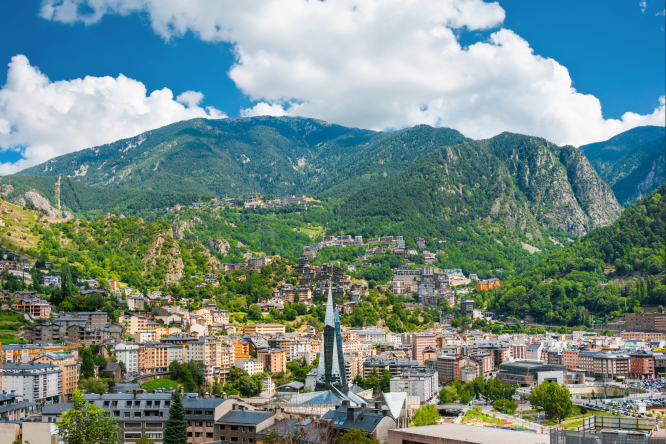 Andorra, on the French-Spanish border, can only be got to it via France or Spain, so travellers need valid permission to travel through one or the other Pic: Gurgen Bakhshetyan / Shutterstock

Reader question: Does the 90-day limit for visits only apply in the EU or also in Switzerland and microstates like Monaco or Andorra? If not, is your passport stamped at their borders?

The 90/180-day rule applies to the whole Schengen area so that includes all EU countries apart from Bulgaria, Croatia, Romania, Cyprus and Ireland.

A few non-EU countries are also part of the area, including Switzerland, Iceland, Norway and Liechtenstein, which are also Efta (European Free Trade Association) states and follow many of the EU rules.

The rule applies to the whole areas for non-EU citizens visiting from non-EU countries, such as the UK, as well as to non-EU citizens living in France spending time outside France in the area.

Although Monaco is not officially part of the EU or Schengen area, it has close links with France, which handles immigration and customs matters for the principality and de facto is treated as part of the Schengen area. Normally, you will enter via France and can only visit it with permission to be in the Schengen area. Time there is included in the 90 days and there are no border checks between France and Monaco where a passport could be stamped to interrupt the 90 days if you are a non-EU visitor who came in via France.

Similarly with Andorra, on the French-Spanish border, you can only get to it via France or Spain, so need valid permission to travel through one or the other.

According to website Living in Andorra, created by a professional helping people move there, passports are sometimes stamped at the borders but it is hit and miss so should not be relied on.

As a result, therefore, it is safest to assume that time there is also liable to be counted in the 90 days if you are going home through French border checks. It does not issue visas but to stay longer than 90 days, you need a residency permit from the local authorities.

travel
europe
More from Your Questions
More from Connexion