Cookie Consent by FreePrivacyPolicy.com How can I find out route of gilets protest? French News and Views in English | The Connexion
12 may 2021
Classifieds Currency exchange Newsletter
Login Register BASKET
Facebook Twitter

How can I find out route of gilets protest? 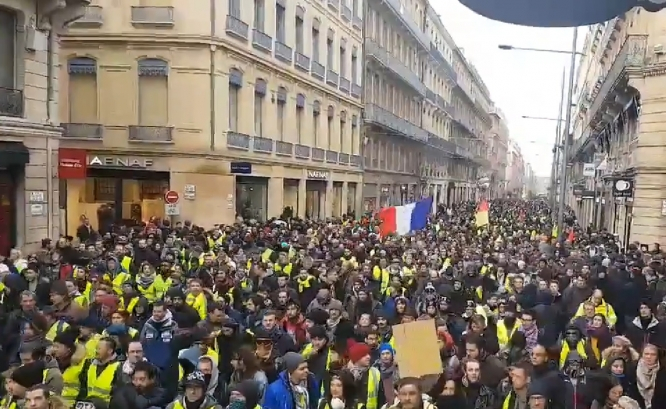 Another protest on February 16 is not predictable yet as the gilets jaunes organise their protests from week to week and the route changes. The route they take is only known the day before the protest because that is when they must inform the police so the march is legal.

Protests take place on Saturdays in Paris. Last week, they went from l'Esplanade to Les Invalides, passing by place d'Italie and place Coluche.

You can also have a look at news from France the week before you come to Paris to know the exact places they might go to on the day of the protest. The demonstration does not take place right across the city so only certain sections of Paris will be to avoided.